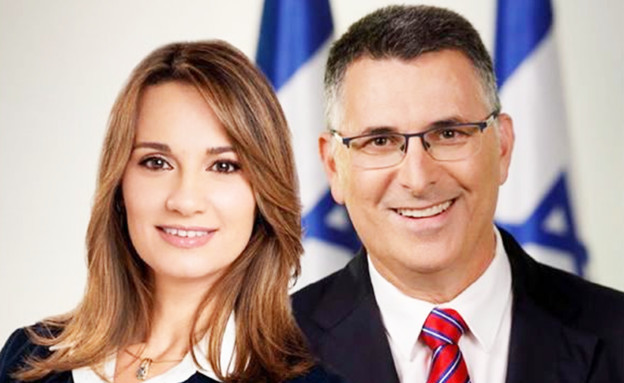 After announcing his candidacy for prime minister, Gideon Saar registered his party with the party registrar this morning (Thursday) and asked to give it the name “New Hope – Unity for Israel.” Among the party’s goals: activities to realize the rights of the Jewish people in Israel and to protect the values ​​of Israel as the nation state of the Jewish people that protects human rights and practices equal rights for individuals.

Number 2 on Saar’s new list, MK Yifat Shasha Bitton responded on Twitter to the party’s registration. “This morning, the party registrar registered the” New Hope – Unity for Israel “party, led by Gideon Saar, who will run for the 24th Knesset. Together we will bring hope to Israel. good luck to us”.

This morning, the Party Registrar registered the “New Hope – Unity for Israel” party, headed by Gideon Saar, who will run for the 24th Knesset. Together we will bring hope to Israel
good luck to us

Polls conducted since Saar’s announcement that he would run in the election have given him handsome numbers, which have only risen since Shasha Bitton joined. A poll conducted yesterday shows that Saar’s party, together with Shasha Bitton, is becoming the second largest in Israel – by a narrowing margin from the Likud.

If the elections had taken place today, and Saar’s party would also include MK Yifat Shasha Bitton (the poll was conducted before the announcement of its official joining) and the other parties would remain unchanged, the Likud would have won 27 seats and the party led by Saar with Yifat Shasha Bitton would have won With 21 seats and becomes the second largest party in Israel. More according to this scenario: Yesh Atid-Telam, led by Yair Lapid, receives 14 seats, and Naftali Bennett’s right shrinks to only 13 seats.