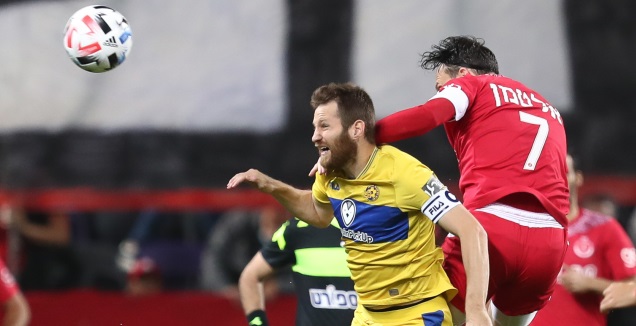 The 26th and final round of the regular season in the Premier League continues at this time with the big derby of Tel Aviv, when Maccabi hosts Hapoel at Bloomfield Stadium in front of 5,000 enthusiastic spectators, 4,500 of them dressed in yellow.

The champions of Patrick van Leven, who has already counted ten consecutive league victories and grabbed the top spot in the Premier League, hopes to continue her tremendous momentum and secure first place even at the end of the cycle with entry into the top playoffs after the national team break. The Yellows came to the game after beating Hapoel Haifa in the cup and advancing to the quarterfinals.

On the other hand, Nir Klinger’s team wants to escape as much as possible from the burning red line so as not to get further involved in the relegation struggles. The Reds come after defeating Maccabi Netanya on the way to the quarterfinals of the cup, but before that they surrendered 1: 0 to Bnei Sakhnin in the league.

The red side of Tel Aviv will try to put an end to a shockingly negative balance for him in the derby games. Hapoel’s last victory in the derby was somewhere in April 2014. In the last five derby games, Maccabi had the upper hand with a goal balance of 0:15. How will it end this time?