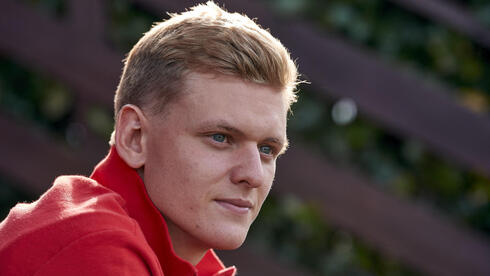 People love big characters from life. It does not matter if it is business, politics or sports, those individuals of virtue have some hidden X Factor that manages to magnetize a huge public to them. Maybe it’s because of many people’s search for flesh and blood superheroes, maybe it’s just fun to feel like you’re part of something successful and there’s a situation that it’s just by chance. It does not matter. Bottom line we are addicted to fairy tales and try to exhaust them to the end.

But in life as in life, and especially when it comes to sports, those stars do not stay around forever. In their absence there is some attempt to hang on to almost any substitute or another that will give a few more moments from the story of that legend. Ask for example Jordi Cruyff, who has experienced an entire career in the shadow of his father.

This weekend the Formula 1 season kicks off and with all due respect to Luis Hamilton or Fernando Alonso’s comeback, the big story is back on the track of the best known brand in the racing world and one of the best known in the sport in general: the Schumacher brand. This is not, of course, Michael Schumacher, who is still trying to recover from that terrible ski accident, but his son Mick, who will make his spoken-word debut in the world’s most prestigious racing round.

Even if you are not a big fan of motor sports, you have probably heard of at least some of the plots of Michael Schumacher, who managed to do something that individual athletes in history have managed to do – become a global icon that transcends sports boundaries. Shumi did this thanks to a rare combination that included devouring degrees, breaking just about every possible record, connecting to the right group – and most of all a special personal charm.

And now, with all this baggage in the trunk, we will have to deal with our 22-year-old son, who has entered a particularly tricky box, which has a threshold of expectations that is almost impossible to meet. Ask Bruno Sneh, nephew of the legendary Ayrton Sneh and Dale Arnhardt Jr., son of NASCAR legend Dale Arnhardt, who tried to continue the family legacy but did not live up to expectations.

The Schumacher family realized years ago what awaits their youngest son and tried to persuade him to choose a direction that does not include driving at insane speeds. This of course did not work for them. In an attempt nonetheless to take away from him the focus stemming from the binding pedigree, he made his first steps as a 9-year-old go-kart driver under the last name of Batsh, his mother’s maiden name. “It allowed me to be under the radar and just be a kid who loves racing,” Mick explained.

Schumacher Jr.’s progress has been slow and measured, with Sabine Kam, who was his father’s personal manager, constantly monitoring. Mick marked V for the stations required by a young custom, began to gain confidence and degrees and eventually also made the brave move and returned to his original name, which immediately bounced him into the headlines and gave him a taste of the future to come. He later won the European Formula 3 Championship and then got the almost requested opportunity, as one of the drivers at Ferrari’s prestigious youth academy, the team in the media of which his father won five championships out of his seven.

The last stop before the jump into the really deep water was in Formula 2, which is a kind of development league for the big stage (in which the Israeli Roy Nissani also competes). His start was actually not impressive and he finished his debut season in only 12th place, but in his second season, he has already picked up gear and is reaching the major leagues as the reigning champion of the second round.

The team that arranged for him the desired chair in Formula 1 was the American Ace, which announced its addition in the summer. The announcement was not particularly surprising, as the Ace is in close contact with Ferrari and the engine in its cars is a Ferrari engine.

Despite this, anyone expecting to see the name Schumacher return quickly to the front of the grid is worth the wait, as the US team is expected to introduce this season one of the slowest cars in the round and will move so-called financial season in an attempt to get ready for the 2022 season.

If Schumacher somehow manages to reach any podium this season, it will be a resounding success. At the moment it is clear that something like two seasons of acclimatization await him, and the prize for excellence at the end is Ferrari’s red chair, which will closely examine its progress.

The communicative focus given to him by Mick Schumacher also brings to mind the same ski accident in 2013 that led to his father’s severe head injury following a rock injury. The family faithfully maintains the privacy of the former world champion and it is difficult to really know what his condition is today. The issue is particularly sensitive when it comes to Mick, who was with his father on the slope in the thousands at the time of the accident and questions about the incident are out of bounds for him even today.

The young driver does not often talk in public about his personal life and relationship with his father, but towards the new and exciting stage in his career, he shared a bit about the guidance he still managed to get as a child: “He gave me tips and guided me, even though at first I did not understand it. “In Formula One cars, everything worked out suddenly. I had the best teacher there is.”

Shumi Jr. also set himself a goal that could challenge quite a few people who touch fame: “I have always admired his ability to maintain modesty despite everything that has happened around him. It is definitely something I would like to embrace in my career as well.” This quote can reinforce the claim of many that between the two there is not only a physical resemblance, but also in conduct and character.

“He reminds me a lot of him,” admitted Kimi Raikkonen, who will be one of six drivers to compete alongside the two generations of the Schumacher family. “Obviously the family pedigree helped him along the way, but he is not in Formula 1 because of his last name.” Shumi Jr. for his part does not run away from the issue and proudly declared: “It is a great privilege to return the name Schumacher to Formula 1.”

One who understands some of the feelings going on in Haas’ new driver is Nico Rosberg. The son of Kaka Rosberg who won the 1982 World Cup was the last to take a championship from Hamilton with a dramatic win in 2016. “It’s not easy being ‘son of,’ Rosberg Jr. explained.” In Mick’s case it’s 10 times harder because Michael’s era was not so long ago and he was very successful. I hope he will be able to put all this aside and do the work, because otherwise it will take a lot of pleasure from him. “

Whether he achieves seven championships and 91 wins in his career, like his father or not, a new chapter in the legend of the Schumacher family begins and that’s the important thing. We have left to look towards the track in Bahrain on Sunday, enjoy the acronym MSC returning to the scoreboard and let Mick Schumacher do his thing. And whatever it is will be. Successfully.