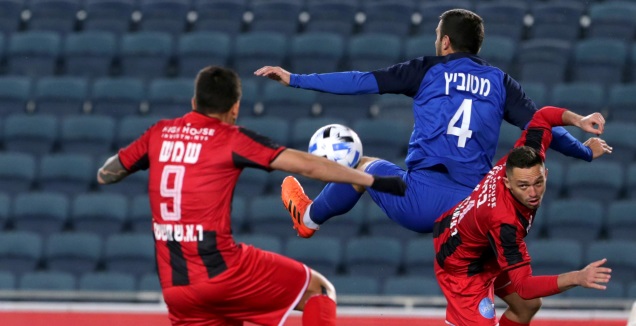 Hapoel Jerusalem is currently trying to take another step towards the long-awaited return to the Premier League in a home game at Teddy Stadium against the Ness Ziona section, as part of the completion of the 15th round of the National League.

Ziv Arieh’s team is in great shape and despite the 0: 0 in the last round against Hapoel Umm al-Fahm, it recovered quickly in its last game with a 0: 1 victory over Hapoel Rishon Lezion after extra time, on the way to getting a ticket to the quarterfinals of the state cup.

The table leader, who has not lost in her last 15 games in all competitions, knows that a victory will be a very significant step for her, as it will buy her a 4-point gap over Hapoel Nof Hagalil II, but more importantly, a difference of 8 points from third place.

On the other hand, the section was eliminated from the cup after a 1-0 loss to Maccabi Petah Tikva in overtime, but in the league it has the option to reduce the gap from second place to only 5 points, when even after the current meeting it will have another game in hand.

15 minutes: A great opportunity for Nes Ziona Moore Padida dropped a good ball to Karem Arshid, who swung his leg from about 20 meters and took a strong kick, but the ball slipped over the crossbar.

In the 32nd minute, Ness Ziona took a 0: 1 lead: What an amazing gate. On his second kick attempt, Karem Arshid made a great free kick and shelled a left-footed ball that hit the crossbar and went inside, Advio had no chance.