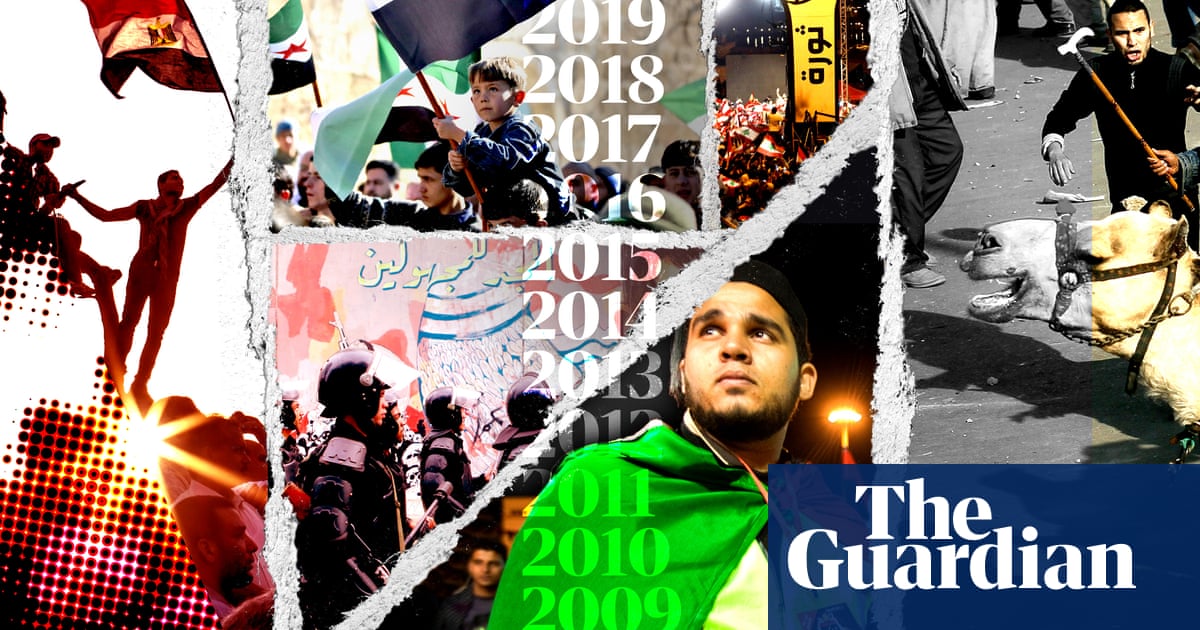 Most in nine countries around the Arab world feel that they live in societies that are much more unequal today than they were in the Arab spring, the time of revolution, civil wars and uncertain progress towards devolution that began ten years ago, according to Defender- YouGov Vote.

Heterogeneity in almost all countries agreed that the living conditions had deteriorated since 2010, when the self-deprecation of Tunisian fruit seller Mohamed Bouazizi is believed to be about to begin spread demonstrations and revolutions throughout the region. Reactions at that time continued into 2019 with the ouster of Sudanese vice-dictator Omar al-Bashir and major prosecution moves in Lebanon, Algeria and Iraq.

The results of the wide selection of 5,275 people across gender and age groups show that feelings of despair and dissatisfaction that have exacerbated this turbulent chapter in the Middle East, even if the majority do not of people lament the protests of the protest – but only specifically, in the countries where they caused civil war.

Worse off than before

The feeling of being worse off than before the Arab spring was not highest in Syria (75% of respondents agree), Yemen (73%) and Libya (60%), where complaints street past civil wars and foreign intervention that has broken every country.

The study also covered Egypt and Tunisia, where long-standing authoritarian rulers were overthrown in early 2011, as well as Algeria, Sudan and Iraq, which were not initially only a small level of unrest a decade ago, but where major anti-regulatory movements have since emerged.

Less than half of those surveyed in Egypt, Iraq and Algeria said they were worse off compared to 2010; but in none of the three more than a quarter of people said they were better off either.

In some countries, the younger generation of adults – those who own Arab societies and have less memory of life before the revolutions – were the least negative about the changes.

Algerians between the ages of 18 and 24, along with their peers in Tunisia, Egypt and Iraq, were all significantly more likely to say that major protests and uprisings were a difficult era, according to the election.

Their parents were generally more likely, with multiples in each of the eight countries agreeing that children growing up today have worse futures than those growing up. in the years before Arab spring.

Even in Tunisia, a “success story” where democratic institutions are well assassinated and subjugated, there was deep disappointment.

Twenty-seven percent of those polled agreed that they were better off since the uprising there, the highest rate among the countries surveyed. But amid deadly economic growth and high unemployment, exacerbated by the Covid-19 pandemic, half of Tunisians said they were now worse off.

Dramatic civil rights reforms in Tunisia, where 86% of people now had more freedom to criticize the government and the other half said there was less chance of being arrested, did not law, which did little to spread a feeling of discontent in the Maghreb country.

The belief that social contracts were torn up, with a small minority enriched at the expense of the majority, helped fuel the revolution of the century. The census showed that understanding has deepened since 2010, and that inequality is much worse.

This was the opinion of 92% of Syrians, the highest result for any question in the study, followed by 87% of Yemenis and 84% of Tunisians. At least seven out of 10 Algerians and Iraqis said they felt the same way, as did 68% of Egyptians.

Almost half of Egyptians felt that their right to self-expression was now diminished compared to Hosni Mubarak’s time, although a fifth said they were now more free to speak and more than a third were skeptical, saying they neither agreed nor disagreed.

This uncertainty was consistent across the responses from Egypt, the most populous country in the Arab world. When asked if they had a better life today than they did ten years ago, many said they were unsure. They felt equally about the question of whether the future of children was better established today than in 2010.

This led to their views on the January 2011 uprising that led to Mubarak’s rise and first raised the Muslim Brotherhood, and then the rule of the president, Abdel Fatah al-Sisi, who was under military control.

The Egyptians were almost divided as to whether they had supported the revolution, and among those over 25, they were also evenly divided whether they were mourning the fall of Mubarak and the turbulent years that followed.