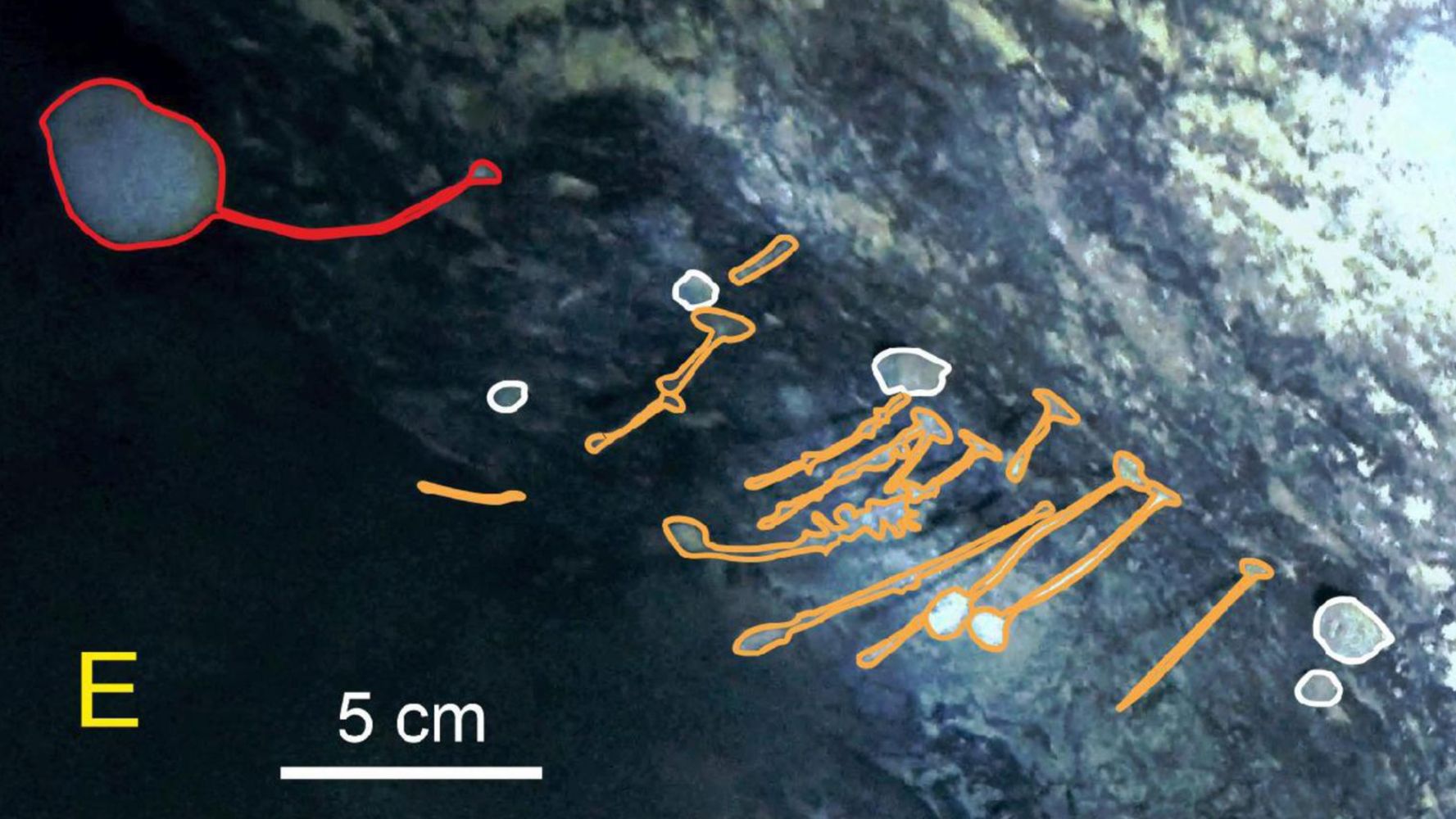 In a scientific discovery similar to the 1982 science fiction plot of “The Thing,” researchers have discovered that life in Antarctica should not theoretically exist.

Instead of a grotesque, shape-shifting alien parasite, however, these lifestyles are sponges, along with what looks like barns.

They were discovered after scientists at the British Antarctic Survey drilled under a section of the Filchner-Ronne Ice Shelf, which is more than 2,950 feet thick, in northwestern Antarctica.

The team put a camera down into the ice shelf hole to see what was lying and filmed the boulder – holding organisms – the first time such life forms have been recorded under Antarctica ‘s ice sheets.

According to the team’s findings, published Monday in the journal Frontiers in Marine Science, the sponges and limpets appear to be suspicious as seed feeders, which feed by pulling out phytoplankton and other microscopic organisms from water.

Huw Griffiths, one of the authors of the study that analyzed the images from the trip, told New Scientist magazine that “there are all sorts of reasons why they shouldn’t exist” and said that the nearest source of sunlight – which phytoplankton must survive – was about 370 miles away.

Nonetheless, the finding suggests that the seemingly hard waters beneath Antarctica ‘s ice could be more stable than originally thought.

“This is a place, basically, that we didn’t expect this kind of community to survive at all,” Griffiths told Living Science. “This shows us that life is more stable, and stronger than we ever expected, if it can cope with these conditions.”