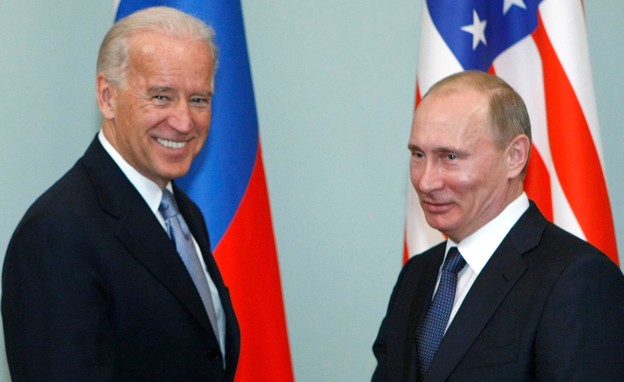 This week saw a significant public deterioration in US-Russia relations. The trigger was the release of a U.S. intelligence report accusing Russia of subversion designed to undermine the chances of then-candidate Joe Biden in the last presidential election. Following the report, the president was interviewed this week and when asked if it could be said that Putin, the president of Russia, he wants, Biden answered hesitantly – but in the affirmative. He even added that there would be a price for Russian conduct. Following the president’s remarks, the Russians rushed to return their ambassador from Washington back to Moscow for consultations.

It is not yet clear what the president meant when he referred to the price he would charge Russia. It is also unclear whether his statement is in response to an unplanned question from a journalist or a well-timed answer intended to convey an unequivocal warning to Moscow. In any case, American speakers were quick to point out, the Biden administration’s policy towards Russia would be very different from the previous administration’s policy.

The United States has already announced plans to impose new sanctions on Russia following the treatment of Putin’s most prominent opponent, Alexei Nabalani, who is in prison in Russia after his attempted poisoning a few months ago. However, even during the Trump administration, dozens of sanctions against Russia were enacted. This is despite Trump’s statements which questioned the US intelligence agencies’ accusations against the Russians. The United States has also promised to punish Russia following the aggressive cyber attack against it in December, which was attributed to Russia.

Russia can interfere with the United States

Despite the belligerent statements and the dramatic gap between American capabilities and power and Russia’s capabilities, Americans will have to find a way to engage in dialogue with Russia on certain issues. Russia is stepping up its international involvement, with an emphasis on the Middle East and Africa. The latest manifestation of this involvement is this week’s media visit by a Hezbollah delegation to Moscow, where the parties discussed Lebanon’s future and developments in Syria. This is almost in parallel with Foreign Minister Ashkenazi’s visit to Moscow.

Although Russia is not able to deal directly with the American superpower, it can certainly spoil the United States’ plans on the ground in the various arenas. Thus, there is some coordination between them. For example, last month they agreed on the renewal of the ‘START 2’ Convention on Arms Control. In addition, Russian-American tactical coordination is underway in Syria, designed to prevent escalation on the ground.

Neither side seems to have an interest in an actual flare-up. In the United States, Biden faces external challenges such as rivalry with China and the deadlock with Iran. He also faces internal challenges, including pressure from his party’s progressive wing to promote human rights and democracy values. There is also pressure to punish Russia and other countries like Saudi Arabia for actions contrary to these values. It is not inconceivable that Biden’s extremist remarks about Putin were intended to establish a belligerent image that would actually allow him to negotiate with the Russians without being suspected of being “soft,” or of cooperating with the Russians as his predecessor in the Trump administration was accused.

At the same time, Putin is facing growing domestic protests, the Corona epidemic and especially economic challenges as a result of the epidemic and the sanctions Russia is already under. Accordingly, with the declaration of the return of the ambassador, a symbolic move intended to express protest, the Russians immediately announced in a relatively cautious statement that the move was intended to prevent deterioration in relations. In a speech delivered today by Putin, he wished health to Biden (doubtless a hint of doubt), criticized his statements and American conduct, but noted that Russia would continue to work with the United States in a way that would serve its interests.

In a calculated gamble, it can be assumed that the belligerent rhetoric between the countries will continue, and punitive and deterrent measures may even be announced. However, it is likely that the common interest of the United States and Russia in preventing a frontal clash will overcome mutual hostility in the foreseeable future.

The author served as Head of the Foreign Policy Division of the National Security Council and is currently a senior research fellow at the Jerusalem Institute for Strategy and Defense (JISS).