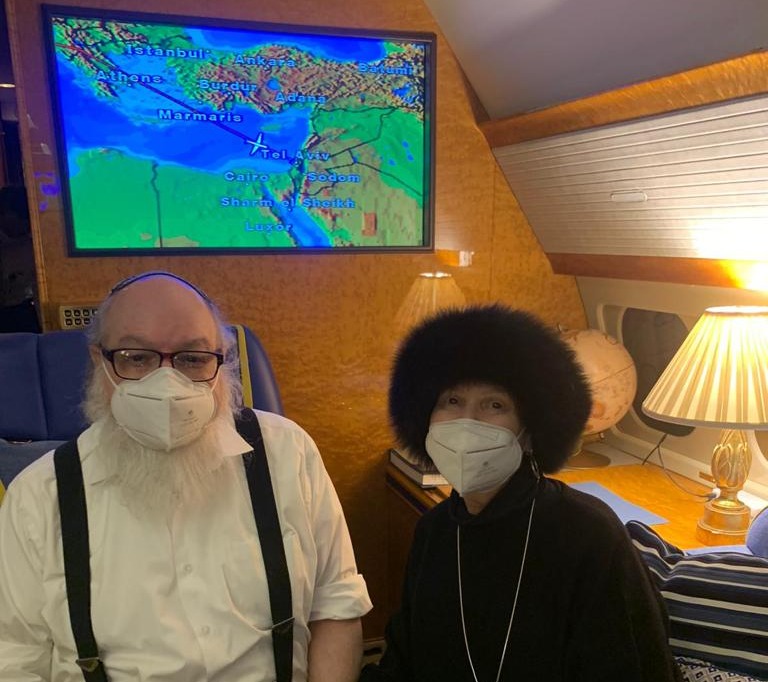 Jonathan Pollard The Israeli spy arrested by the FBI was convicted on the basis of a plea deal in connection with the provision of security information to a foreign government Sentenced to life imprisonment. After serving 30 years in prison, he was released by decision of the Prison Release Committee in November 2015 under conditions restrictive to five years.

Five years later, the U.S. Parole Board decided to remove the strict restrictions imposed on him and define him as a free man. In December 2020, Pollard immigrated to Israel. Now in an interview with“Israel today” He recounts the adaptation in the Land of Israel.

“The people in the neighborhood are great,” he says. “When I have to, I go to the grocery store on the street corner, and sometimes we go to the supermarket together. It’s a little hard for me to walk, because of the back pain and leg pain. It’s hard for me to describe to you the wonder of a walk with Esther in the street. “From the conversations, I feel like they know someone was willing to give their lives for them.”

“But one thing I do not understand, why ask for a selfie?” He says with a big laugh. “What is this nonsense ?! When I went to prison there was no smartphone and there was no selfie. Both Esther and I are very private people, and privacy is very important to us.”

“The security man told me: ‘Sorry, you have to leave.'”

Pollard reveals step by step the decision to transfer details to Israel and the moment captured. “I called Ann, my wife at the time, apologized for not being able to get to dinner, and told her the code words we had invented just a few days earlier: ‘Need to water the cactus.’ It meant, ‘Get out of town, I’m caught.’ She avoided FBI surveillance. “And she came to a rock. And he left the country. Of course he left her behind, but that’s a different story. She was supposed to be transferred out of the country.”

“The security man said to me, ‘I’m sorry, they say from Jerusalem that you have to get in and out of the main gate.’ And he says, ‘Sorry, you have to leave.’ “

Following the long imprisonment Pollard and his wife Esther could not have children. “This is one of our great tragedies,” Esther said in an interview, “one of the things that caused us the greatest sorrow.”

Esther explains that “in Israel people are used to the idea that the basic right of man is to have children. In the United States it is just the opposite. From the moment you are convicted you have no more rights – certainly not the right to have children. We begged the administration to give us an opportunity to have children, anywhere or in any way. “In the United States, there is no such thing as a woman being allowed to be alone with her husband.” Pollard adds in this regard that “if someone tells you that men do not need children just as much as women, he is lying. Because children are everything.”