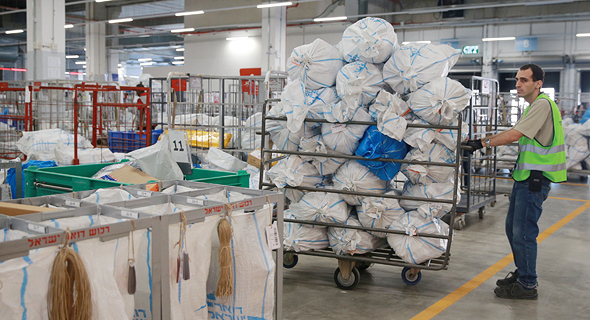 The outgoing Minister of Communications, Yoaz Handel, today (Wednesday), just before leaving the ministry, approved the Israel Post’s citizen service improvement program, with the process of privatizing 20% ​​of the company to a private investor in the background.

About two months ago, Handel adopted the recommendations of the Rosen Committee for the regulation of the postal sector, the implementation of which requires the amendment of the Postal Law. At the same time, Handel requested that within 40 days, the postal company bring to its approval a detailed plan for public service reform. The scope of the program, which was presented to the Minister in recent days, is estimated at NIS 40 million a year, and includes, among other things, technological investments and recruitment of personnel for sorting and distributing mail and packages throughout the country. The plan does not detail its sources of financing, against the background of a net loss of NIS 231 million recorded by the company in the first three quarters of the year, due to the corona crisis.

The program covers 5 main areas: waiting times in the postal units, waiting times at the call center, distribution of mail, delivery of packages and digital channels. The waiting time limit in the postal units will be 10 minutes on average, instead of the current 12 minutes on average, until May 2021. The change will be made by fully adjusting the hours of operation to the peak demand hours, so that more service representatives will be placed during peak hours. : 00-8: 00; Expanding an appointment in advance; Beyond digital postal bank services as well as many postal delivery services (over 30%) will be provided by online means (app) and will save the need to get to the postal unit; And the opening of an additional 100 delivery centers, so that there will be 650 postal units and 700 parcel delivery centers in small businesses.

The target for waiting time at the call center will be up to 6 minutes instead of the current average of 7 minutes, until July 2021. The post office will add telephone service representatives and establish a call center at the post office call center. In addition, it will develop digital capabilities such as an artificial intelligence-based chatbot, a speech recognition system, receiving automatic information during the waiting phase and more. The response will also be expanded on the company’s website, such as a user-friendly “Contact Us” interface, including forms and quick redirection of referrals, upgrading the response via human chat, upgrading the service via Facebook and adding service via the whatsApp app.