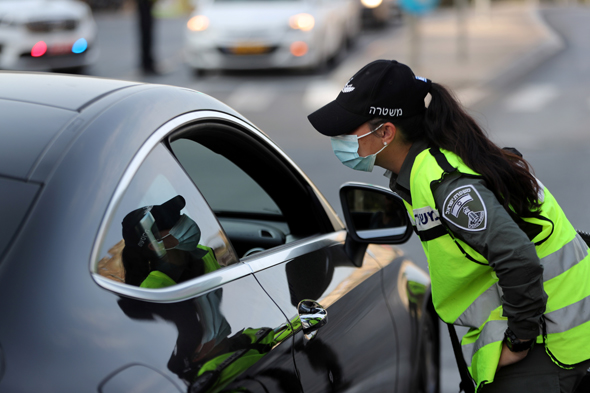 In the coming days, Israel will probably reach the threshold set by the cabinet for the transition to “tight restraint” – according to data from the National Security Council, which were distributed to ministers and indicate a significant increase in morbidity in all parameters. The street, the markets, the schools in red and orange cities (except kindergarten to fourth grade) and reducing public transportation by 50 percent.

As early as yesterday, 2,878 new infections were diagnosed – the highest figure since October 12. The number of new verifieds averaged seven days (N) stands at 1,984 – and is going to go up. When it crosses the 2,500 mark, probably in a week, Israel is supposed to move to the same “tightened restraint.”

Among other things, there was also an increase in the rate of positives in tests, which stood at 3.5% – compared to a daily average of 2.89% positive in the past week. The data were recorded in the background a record number of tests: 83,308 per day – the highest figure since the onset of the plague.

The total number of deaths stands at 3,020, after a daily average of 12 deaths was recorded last week. Last week the average death toll was eight a day.

The national infection coefficient (R) is 1.21, while the threshold set by the government for the transition to “tight restraint” is 1.32. Last week, the infection coefficient was 1.19. In addition, there was a high level of stabilization in the ultra-Orthodox sector with a coefficient of 1.39, in the Arab sector 1.03 and in the general sector 1.25. There was an increase in the positive rate in the ultra-Orthodox sector – 9.8% compared to 6.5% yesterday. In the Arab sector, the positive rate is 9.1%, and in the general sector 2.4%.

Meanwhile, less than a week before the start of the vaccination campaign against Corona, the Ministry of Health announced in the afternoon the priority set for vaccinators. The first to receive the vaccines, as expected, will be members of the medical staff at the hospitals and then at the health funds and private clinics and dental clinics. Employees of geriatric and psychiatric hospitals, nursing and medical students working in hospitals, MDA and rescue organizations will then be vaccinated. The patients.

In the second priority were placed citizens suffering from a series of background diseases, including diabetes, morbid obesity, COPD lung disease, hypertension, patients with immunosuppression, organ transplants and hematologic patients. Recovering from corona, pregnant women, lactating women, people with severe allergic reactions, women planning to become pregnant and children under the age of 16 – will not receive the vaccine at this stage. However, although they are exposed to one of the only non-vaccinated groups (aged 16 and under) – teachers are not in the primary priority groups for vaccination.