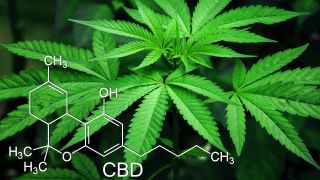 According to the company’s management, the trend of improvement in profitability and operating and net profit continues in the first quarter of 2021. Revenues in the fourth quarter of 2020 are almost three times higher than Kendock’s revenues in 2019 as a whole, thanks to the successful implementation of the rapid growth strategy. In the field of medical cannabis and establishing the status of Kandok as a leading international company in the global cannabis market.

The estimate of revenues for the fourth quarter reflects annual revenues for 2020 in the record amount of NIS 65 million, almost 7 times compared to revenues of NIS 9.6 million in 2019. Accelerated growth in Kandok’s revenues and being a growth company in the global cannabis market were a key step in advancing the strategic move to sign the merger deal with SPAC, which is traded on the Canadian Stock Exchange (NEO) at a price that reflects the company’s representative value of $ 300 million.

The agreement will allow, in a second phase, the listing of Intercure shares for trading on the NASDAQ stock exchange and will significantly strengthen Intercure’s capital base for the purpose of continued growth and strengthening its business and competitive position in the global cannabis market. SPAC, a subversive Real Estate Acquisition REIT LP (NSO), NEO: SVX.U), raised $ 225 million from its investors, which it holds in trust, and entered into binding agreements with new investors (other than SPAC investors) to make an investment. Private at SPAC for a cumulative amount of US $ 65 million. Upon completion of the transaction, the merged company’s coffers will have at least US $ 55 million, with the possibility that this amount will increase to a cumulative amount of $ 290 million.

Revenue for the fourth quarter reflects the continued growth trend in demand for Kandok’s quality products, which are considered leaders in the quality products categories, a trend that the company estimates is expected to continue. In addition, the sharp increase in revenue reflects the contribution of the strategic and exclusive agreements signed by the company throughout 2020 with the world leading players Tilray, Organigram, Aphria, Charlotte’s Web and Fotmer. The strategic agreements with the leading brands in the world establish and emphasize the international reputation and capabilities of Kanduk as well as the high quality standard and branding of Kandok in the main target markets in Europe and in the cannabis market in Israel.

Kandok as the leader in the cannabis market in Israel was the first to receive the Ministry of Health’s permit for commercial export to Europe as part of its strategic cooperation with Tilray, and was the first to report an exclusive strategic partnership in Israel with the world’s largest and leading CBD brand, Charlotte’s Web. Local CBD and to drive a stake in the international CBD market, which will be another future growth engine for Intercure.