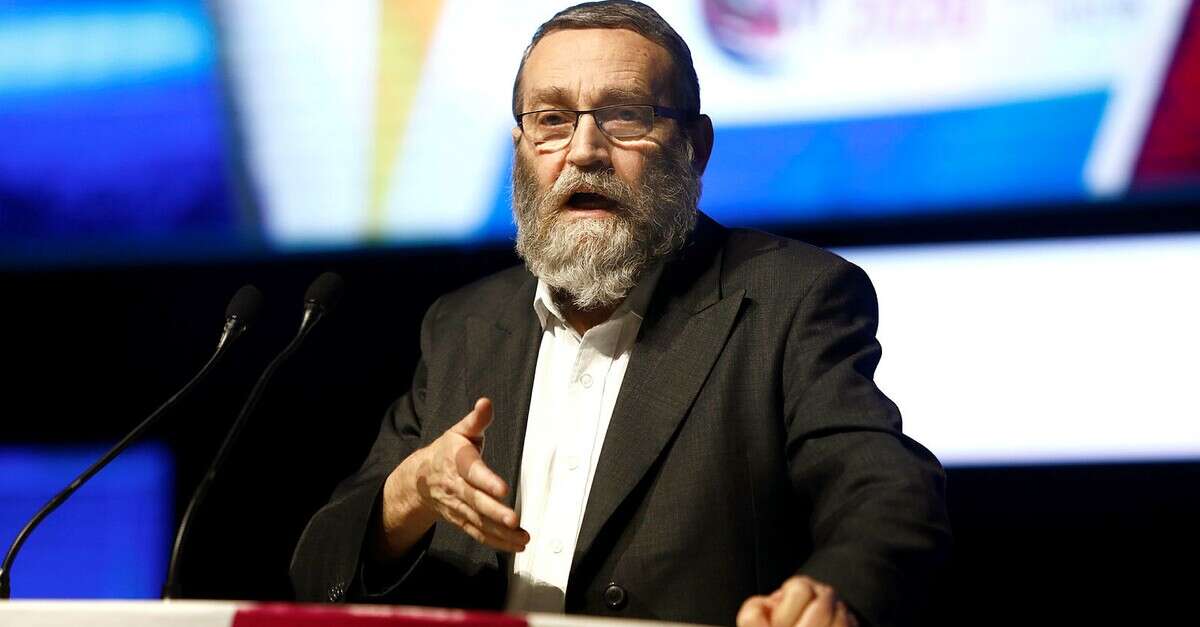 2021 Elections – The Last Line: The chairman of the Torah Judaism list, MK Moshe Gafni, was interviewed tonight (Saturday) for the “Meet the Press” program on Channel 12, commented on the possibility of a fifth election, and clarified that his party would consider their steps well if Prime Minister Netanyahu did not have 61 recommenders. “Our signing of allegiance to Netanyahu has no meaning. “If he does not have 61 supporters, we will consider our steps before we go to the fifth election,” he said.

Earlier today, the chairman of Yesh Atid, Yair Lapid, called on Prime Minister Benjamin Netanyahu to appear in front of him live tonight. “The Israeli public deserves a confrontation. He deserves answers. A confrontation will put on the table what is really at stake, “Lapid tweeted,” the public deserves to know which government Netanyahu is trying to form here. Litzman and Smutrich, Deri and Ben Gvir, a dark, racist, extortionate and chauvinistic government. Bibi, come to tonight’s confrontation. “

Netanyahu to Lapid: “Let’s agree on an interviewer and go to a confrontation” // Photo: Courtesy of Channel 20

Now, Lapid writes in a post he posted on Facebook: “Netanyahu put me on billboards, spread lies about me, rained down his insult on me, but whenever he was offered to stand up to me – he evaded. While escaping a confrontation with me, he used to turn to interviewers and say, ‘Where is Yair? “Did you see Yair?” So here I am. In front of you. Come to the confrontation. Tonight is the last chance. I am ready. The TV channels are ready. Two podiums are ready. Say a place, say an hour, “Lapid demanded.

Yesterday, the latest poll was published in “Israel Today” before Election Day, according to which there is a tie – 60:60 for the two blocs, assuming that Bennett will support Netanyahu. The “Israel Today” survey in collaboration with i24NEWS, conducted through a “database of minds” led by Prof. Yitzhak Katz, took place in a particularly large format with 2,087 respondents and with an unusually small statistical error of only 2.1%.

The poll shows that if the election had taken place today, the Likud led by Benjamin Netanyahu would have received 29 seats, followed by Yad Lapid led by 18 seats. Netanyahu’s bloc is more homogeneous and stable, but the gap between Lapid and the rest clearly positions him as a contender for the crown, making the possibility of Naftali Bennett and Gideon Saar forming a coalition irrelevant.

There is not much new in the ultra-Orthodox lists: Torah Judaism receives seven seats, while Shas receives nine seats. The joint list increases to ten, and Lieberman also increases – and receives eight seats.

And what happens in the underground battles? Here, too, are changes that may overwhelm the results of the truth. Labor is stable above the blocking percentage with five and now Meretz, probably thanks to the Gewald campaign, is rising to five seats. At the same time, religious Zionism, led by Bezalel Smutrich, is not close to the danger line and receives five seats.