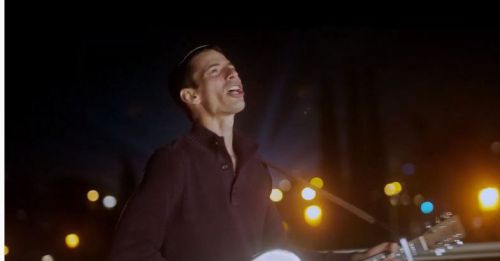 Just before the approaching Passover, the knitted singer and songwriter Elisha Birnbaum returns with a new single-clip in which he clears his heart of all guilt and anger.

The song “Only Man”, Elisha has recorded in recent months along with other songs that will be released soon. The song is accompanied by a special clip illustrating the race of life in an entertaining way, entrusted to the crocheted super producer, Yaakov Asraf and the Sulam Yaakov team behind the clips of the best artists in Israel, including: Hanan Ben Ari, Aviv Alush, Yishai Ribo, Natan Goshen and more.

Elisha tells about the song: “Lately the insight has been ripening in me that it’s allowed to make mistakes and allowed to be wrong, because this world is crazy and the race of life is one huge jungle
Which requires us to juggle between school, work, family, faith, friends and leisure and there is only 24 hours a day, and also need to eat, sleep and make a living on the road, which in general resets the chances of success in this matter

Add to that that we were created with some challenging traits like anger, jealousy, pride and laziness – and it’s already 1: 0 easy to live against us. So we make a mistake, and hurt, and do some damage. Here and there… but we are allowed.

I learned to forgive myself, I realized that I was allowed to, because I am human – I am human. And as long as I got up from the mistake and went back to “storming” life and trying to be a slightly better person today than yesterday – I’m in the right place. “Sadness – declining, optimism – gives strength to keep going and that’s what I tried to share with you in this song.”

Elisha concluded: “Pray that the song will touch the hearts, that it will give people the strength to keep running, to keep climbing beyond all the falls and mistakes. That it will add forgiveness, love, and wholeheartedness.
Mostly ours with ourselves. I hope you’ll like it”.