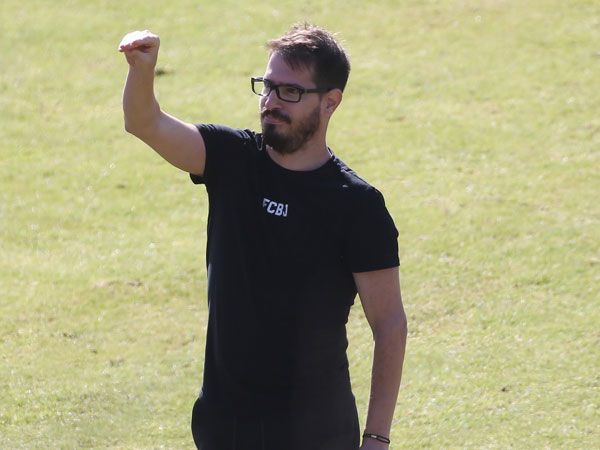 After the publication in “The Marker” about the agreement signed between Moshe Hogg and his investment company and Roi Hayun – a criminal who was convicted in 2016 and sentenced to 28 months in prison – came the reaction of the owners of Betar Jerusalem. In an interview with the “Sports Channel Night Studio” , Clarified Celebrates: “I did not mortgage the group and no shoes. Even without signing, if I was in trouble, they would take Betar away from me.

“Be a little careful before you shed someone’s blood without knowing and without checking,” Fatah celebrates his remarks. “These are just slanders. Shuki (reveals the news) will receive a letter tomorrow. As a matter of fact, in section 4 of the agreement that was never signed, properties are listed. It states that I have shares worth $ 60 million that I asked to sell within 30 days, and I said if I “This loan – which I wanted to leverage in some deal – so I commit to selling the same shares that belong to another company.”

“Roy said ‘wait, but what other assets do you have, in case you decide not to sell the shares in that company,'” Celebrates continued. “By the way, I sold the same shares for $ 63 million, it was reported and Shuki knows it too. But Shuki is dealing with if and if. So if the agreement was signed, and if the loan was accepted and if I did not sell shares for $ 60 million – then I listed a number of properties in my possession. One of them is Betar Jerusalem.

“I did not mortgage it, I did not think about it, all in all I described that in Betar Jerusalem I have owner loans of NIS 100 million and if I have to, then I am theoretically willing to sell players, pull the loan into my pocket and pay one loan or another. Not mortgaged, not done and no shoes. When you say I sold a group to a sheikh to repay a loan, be careful because you will have to prove it. ”

celebrant. “I did not think of mortgaging Betar” (Udi quote)

The tones in the interview went up a bit and Celebrate was asked why other owners’ names do not mix with similar stories. “First of all, there are owners I have heard and I will not name them. And it does not matter, I have not seen in the meantime that I lost in any trial or was convicted in any thing, so let’s calm down. I do not know if you have friends who sat in jail, but I have two who sat on tax offenses. I “I have known Roi Hayun for years, a friend of his even before he went to prison, and the fact that he came in will not make me stop being his friend.”

“How does my name mix with such issues? Because you talk about me all day,” the owner of Betar Jerusalem added. “I listed my assets, and one of them is Betar Jerusalem, what to do. I did not sell Betar Jerusalem, I brought in a partner Fantastic, richer than me, who can upgrade the club a few notches ahead. Even if you do not like it, I think I did a good thing for the club. If he was a Christian, would you be happy? ”

“If I were selling players? Guys, if Grandma had wheels? … I have shares and there are assets, everything is fine, this agreement was never signed or executed. It did not happen and I did not take the loan he agreed or did not agree to put up. It Very simple, also the wonderful Yaakov Shachar, really a role model, it is clear to you that one of his assets is Maccabi Haifa. And if anything happens, one of the assets they would take is the team. If I were in one way or another, they would take my house, The car and Betar.

So why anyway? Celebrating explained: “I was planning to make an investment in a particular property and I wanted to make leverage. That’s all. And in the end I did not do it because I sold shares. Why did I not go to the bank? Because it is not real estate. Thanks for the business advice, but there are assets that you can go to the bank – and there are assets in the field I deal in, like Bitcoin, that you can not go to the bank to get leverage. There are other things, from private entities, financing companies and more. I ended up selling stocks for a nice amount, all is well. Thanks for the concern, my financial situation is not better than ever, but one of the best there has been. “

“Whether you see it or not, it does not matter – I have my way,” concluded Celebrating. “I try to do in Betar things that I think do the club good. I fought racism from day one, I invest a lot of money. Except for Alona, ​​Yaakov Shachar and Mitch Goldhaar, no one invests like me, and a drop of appreciation is also possible. I invested NIS 100 million, let’s show me which owner invested such sums besides the three I mentioned? There are no holes in the sheikh’s plot, what are you talking about? ”

celebrant. He has his way (Danny Maron)