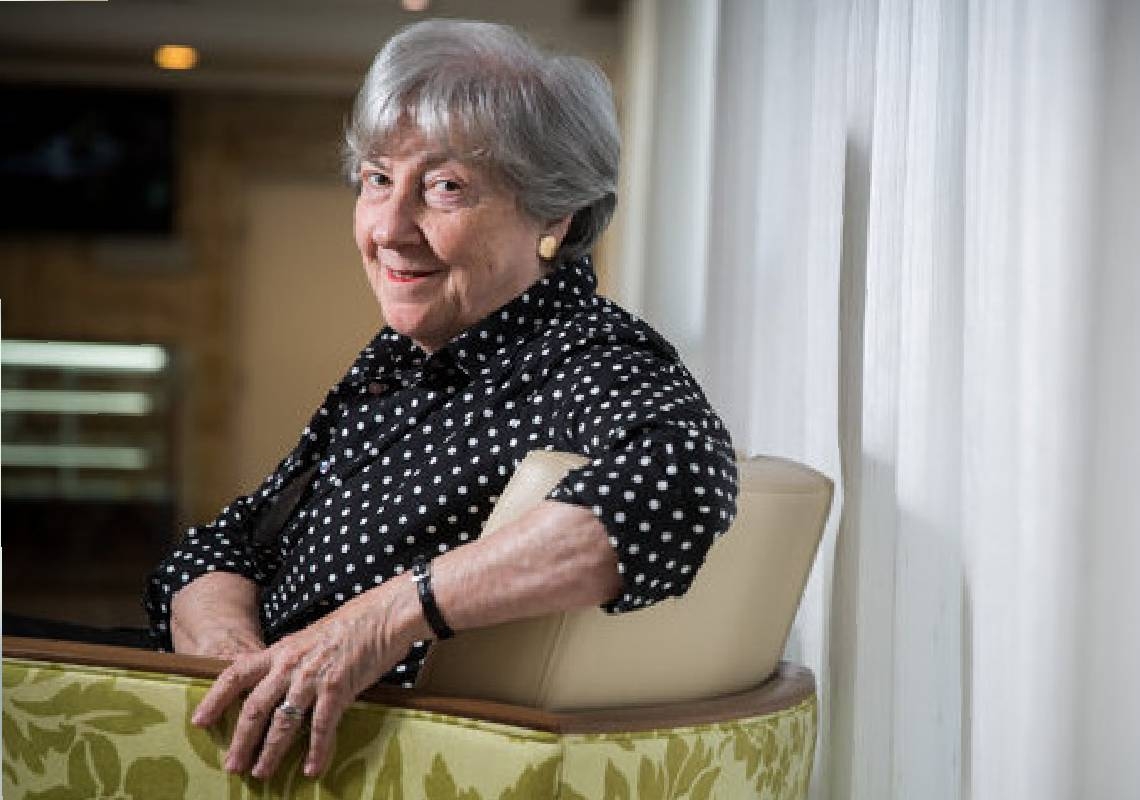 “I sometimes feel that my real field of research is the history of Jewish mistakes. Knowing what went wrong in the past is my most important training for writing a book on Jews and power,” says award-winning and patriotic Jewish professor Ruth Weiss.

Hebrew News is proud to host this week for the first time the podcast ‘On Meaning’ by Advocate and Director of the Political Thought Program at Cafe Shapira Tamir Dortel who holds a special interview with Harvard Professor of Yiddish Literature and Comparative Literature and American Humanities Medal winner Professor Ruth Weiss.

Ruth is an American Jewish thinker, writer, researcher, and linguist.

Recently, her book “The Paradox of Jewish Politics” was published in Hebrew, a book that deals with the question of anti-Semitism – a concept we often use, but do we understand it correctly?

Well, it seems not.

When asked when she wrote the book, Ruth says, “This is a book I’ve written all my life.”

Indeed the findings are as related to history as they are to the present day.

Prof. Weiss’ instructive and original innovation is the view of anti-Semitism as a fundamentally political phenomenon.

A political-ideological organization that, according to Ruth, “is the most successful of all the ideologies and ‘isms’ that emerged in the 20th century.”

Why is this so? What does ‘anti-Semitism’ solve for those who are connected to it? Is there a solution to this? And how should the Jews deal with anti-Semitism? For all of these we asked to ask Ruth in the podcast ‘On Meaning’.

Here is a short excerpt from the interview:

“The ‘Jewish question’ is actually a question about the people whose hatred of the Jews is their organizing political principle, and that this aggression … now threatens not the Jews alone but the whole world. There is also some kind of butterfly effect in politics, which gives a seemingly negligible local phenomenon. In my opinion, it is not so difficult to understand the political asymmetry between the Jews and those who stand on their own, but (there are) those who fear the burden of reality and find it difficult to look at it. “My books are aimed at them, but at optimists like me who prefer reality, depressing as it may be, over ignorance and self-deception.”

“A few years ago, an Israeli friend and colleague called me, and I had a long-running debate with him about the Oslo Accords. ‘You were right and I was wrong.’

He wondered: How did I get the best out of him, living in Israel and studying her politics, to understand Israel’s political situation?

“It’s because I know Yiddish literature,” I pulled out Minya and Beya.

My most relevant specialization in writing on the subject is my research on Yiddish literature in the last two hundred years, in the European context and against the background of the modernization of the Jewish people.

This process generated a discourse that is one of the most vibrant and wise that Jewish culture has ever produced – a discourse in which minds sharpened in the yeshiva and absorbed in Talmudic issues are scattered in a thousand directions, from revolutionary communism to the moral movement or Breslav-style religious celibacy.

The new ideas in the Yiddish bubble are many even from the start-up companies in today’s Israel.

Since this unrest has produced unfortunate political perceptions, alongside the excellent ones, I sometimes feel that my real area of ​​research is the history of Jewish errors.

In my opinion, our generation is the luckiest generation in the history of the people of Israel.

There are several miracles in the Bible that are attributed to a higher power because they cannot be explained by the laws of nature and scientific knowledge.

The greatest of all these miracles is in the eyes of the renewal of Jewish sovereignty in the Land of Israel, in the same decade that millions of Jews were led to their deaths in Europe.

The foundations of the State of Israel were laid by him when he fell victim to Nazism, and although the hand of Nazism increased Zionism remained behind him and many of his survivors revolted.

In the modern age, the Jews succeed in creating human miracles. “