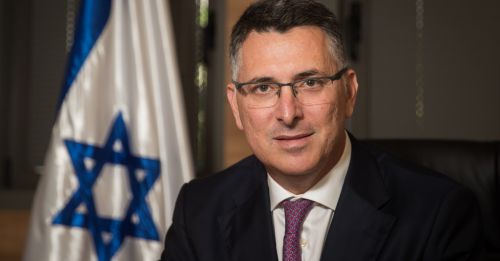 A week and a half after dropping a political bomb and announcing his retirement from the Likud and the establishment of a new right-wing party, Gideon Saar registered his party this morning with the party registrar.

Saar’s new party will be called “New Hope – Unity for Israel.” For now, the members will be Saar himself, Yifat Shasha Bitton, Yoaz Handel and Zvika Hauser. In the coming days, Saar is expected to reveal the names of new members, some of whom are MKs in office.

It also states the goals of the party: strengthening the status of teacher and educator in Israeli society, developing the country, encouraging policies of dispersal and strengthening the social and geographical periphery, encouraging settlement and agriculture in the Galilee and Negev, Samaria and Judea, and Eastern Avenue, free economy while ensuring state , Including law enforcement and judicial systems and systems of government.

After the registration, Saar said: “This morning we registered the new party with the Registrar of Parties. It will be a broad national and social movement built from the foundations for the long term. We are embarking on a path of unity and hope that Israel so desperately needs.