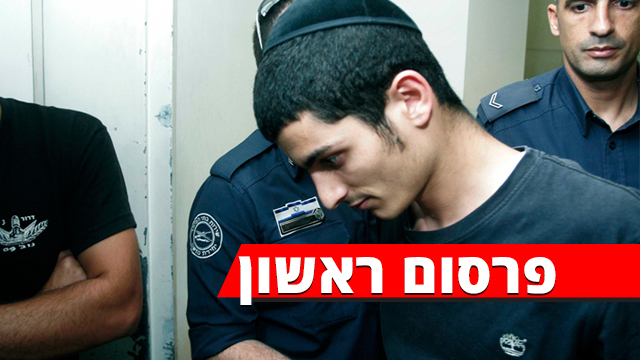 First publication: Eden Ohayon, who murdered Gadi Wichman in 2012 in Be’er Sheva because he remarked to him about noise under his house, is seeking a retrial. The murderer, who is serving a life sentence, is trying to mitigate his sentence by converting the offense for which he was convicted at the time under the old manslaughter law into a basic murder offense, according to the new law that came into force last year. In the request for a retrial submitted to the Supreme Court through Adv. Yemima Abramovitch, it was alleged that Ohayon was caused a “distortion of the law.”

Gadi’s widow, Michal Wichman, said: “I have tears in my eyes. I try to let go and tell myself that everyone who did what he did and caused Gadi’s death paid the price. If it’s the killer sitting in jail, if it’s the police, the policewoman who lied, “Inspector. I told myself I’m giving myself the peace to go on with life. And now I’ll have to get into it again and fight for justice. I remember and know what I saw – Gadi did not attack Eden.”

“Now again I will have to make sure we do not change the conviction, that the killer stays in jail. I will have to put my energies there instead of focusing on continuing with my life. I am in a storm of emotions,” the widow added.

The murder that took place on the night of Saturday, May 5, 2012 shook an entire country, in part because of the ease with which the life of a man who had just asked for peace for his toddler daughter, then two years old, was reaped. That night, after midnight, Eden Ohayon – then 18 – arrived at a neighborhood park in the city accompanied by his girlfriend and three other friends.

He carried a kitchen knife hidden in his pants, as he used to do on other occasions. The group made a lot of noise and disturbed the neighbors, one of them was the Wichman family – the late Gadi, his wife Michal and their children.

That night that changed her life forever, did Michal plead with the gang to keep quiet – but to no avail. Her requests were answered with insolence and blatant curses, and at one point she called the police. Until the police arrived, Father Gadi decided to go down from his apartment to the noisy group. He jumped over the fence separating his house from the park, and advanced towards Ohayon – who also began to move towards Gadi.

When Ohayon came to him, Wichman struck him. Immediately afterwards, Ohayon swung the knife at him, stabbed him in the left body, and fled with his friends. The stab hit the heart of Wichman, who died shortly afterwards at the scene.

In 2014, the Be’er Sheva District Court convicted Ohayon of murder and sentenced him to life in prison. The prosecution claimed the murder was premeditated, and the defense claimed that the cause of death was during a brawl and without intentional intent – so it was a homicide.

Ohayon was eventually convicted of the murder, and the court ruled at the time that his testimony “left a very dubious impression,” and that he “lied with a determined forehead.” The conviction for murder, before the introduction of the death penalty reform, was determined according to the old law according to which a person convicted of murder will be automatically sentenced to life imprisonment.

In the appeal that has since been submitted to the Supreme Court, several of Ohayon’s allegations were accepted, including the early blow he received from the victim, but even here the judges ruled that it was not a murder – and his appeal was rejected.

But last year a law came into force that divides the hierarchy of homicide offenses, and distinguishes between types of murder. Murder in aggravated circumstances is the highest-level murder and requires life imprisonment, with “ordinary” murder – second-degree – allowing the court to exercise discretion. In this way, the judges can, although they can be sentenced to life imprisonment, but also a lighter sentence.

According to the request for a retrial, on Ohayon’s appeal to the Supreme Court, the judges rejected his claim that it was a murder offense and not a murder, but on the sidelines of the decision, they spoke about the need to correct the offenses of killing in Israeli law. It was further argued that the judges even then referred to the theoretical possibility that the case might be appropriate for a low-level murder.

In a decision on the appeal, Judge Dafna Barak Erez wrote: “It has been proven before us that the incident was not a homicide. However, for social and moral reasons, it is possible to distinguish between different degrees of preparation for murder and aspiration to commit it, while acknowledging second-degree murder.” Judge Eliakim Rubinstein added: “If a second-degree murder had been committed in Israel, it is possible that the appellant would have been in Gedera.” This was also noted by the third judge, Hanan Meltzer.

Ohayon is now 28 years old, running so far eight years in prison. According to the request to change the sentence, “Ohayon is sitting in cell number 2 in Ward 4 of Eshel Prison, where he heard a few months ago that the law was changed. In his own serious case, the defendant was convicted of murder under the new amendment, but was sentenced to non-life imprisonment. Justice, especially in light of the court’s comments during the hearing in his case. ”

The petition also states: “Examination of his case reveals that this is an exceptional and exceptional case, which if the law existed at the time he was prosecuted – would certainly have been applied to him. However, the law was amended after the end of the legal proceedings. “. Ohayon’s lawyer stated that she does not want to change the factual determinations in the case – but the offense and the punishment.

It should be noted that in Israel few requests for retrial are submitted – only 33 such requests have been received since the establishment of the state. The Supreme Court recently approved a retrial in a case in which a minor was convicted of murder, after shooting at a student bus and causing the death of a 15-year-old boy.