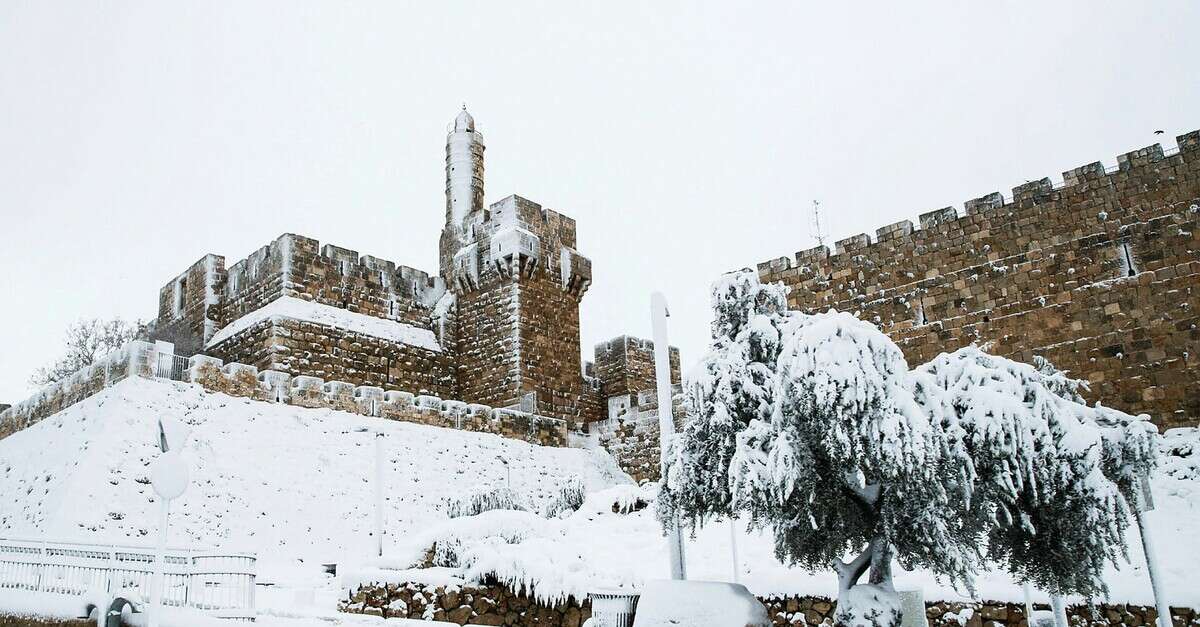 The snow expected in Jerusalem this coming Wednesday, and seems to be the highlight of the winter system that will reach us in the middle of the week, is always considered a unique event, especially among white flake lovers, because it is only seen there once every few years. The question that is always intriguing anew is: what will be the nature of the snow that has fallen in the capital?

As of this moment there is still no clear answer, with two completely different positions in the background: the American model predicts heavy snow that is also expected to be “caught” and piled on the ground – a sight not seen in the capital for six years, since February 2015. However, the European model A minor that will include snow in the air or maybe a little beyond that, as we experienced two years ago, on January 20, 2019.

Tonight, a more accurate update on the forecast is expected, and Meteo Tech will perform an updated weighting of the two models.

The week, which is expected to be stormy later on, actually started today (Sunday) with pleasant weather and a slight rise in temperatures, an hour higher than usual for the season. Tomorrow there will be a slight drop in temperatures, but the turnaround in the weather is expected to begin on Tuesday, during which it will be partly cloudy, the winds will become stronger and your father will become.

In the afternoon, rain will begin in the north of the country and thunderstorms are also expected in the center. At night it will become rainy and stormy and very cold air will enter the country. Snow will also begin on Mount Hermon and later tonight also in the northern Golan Heights, the Galilee Mountains and the peaks of the Central Mountains.

Wednesday will be rainy, very cold and stormy from the north of the country to the Negev. Snow has fallen in the northern and central mountains, including Jerusalem, there is a fear of flooding in the coastal plain and lowland cities and flooding in the eastern and southern streams.

On Thursday, the winter system will weaken, but it still rains occasionally from the north of the country to the northern Negev. In the morning it may snow on the peaks of the central and northern mountains, there is a risk of flooding in the eastern and southern streams, on Hermon it will continue to snow, it will be very cold.