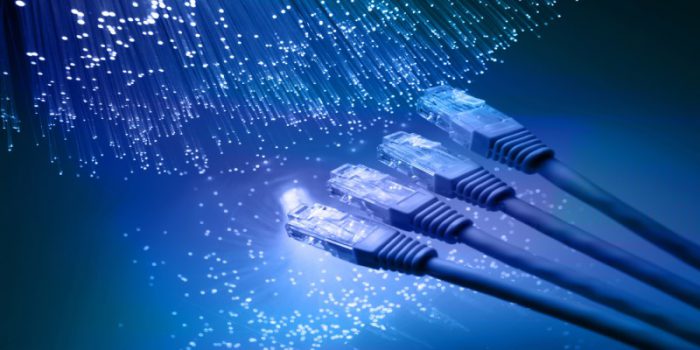 The Economics Committee concluded yesterday (Wednesday) the discussion on promoting the amendment of the Communications Law to the implementation of the layout of the fiber optic deployment. The committee approved the amendment clauses, in a way that would promote the conditions for the establishment of the fund that would allow retirement wherever Bezeq does not retire. The law will now go up for a second and third reading. The fiber deployment will enable ultra-fast Internet for all households in Israel.

Further reinforcement of the fiber deployment move came this week (Tuesday) in a statement issued by the Ministry of Communications that it intends to recommend approving the acquisition of IBC control means by the Hot Group, of course subject to the conditions set out in the hearing. According to the firm’s experts, the move will lead to the deployment of a joint network of ultra-fast Internet to approximately 1.7 million households in the State of Israel, from the date of approval of the transaction until a period of five years. As part of the cooperation, the obligation to deploy the network will be expanded by a 1: 1 ratio between the number of households in the periphery and the center (ie, for every home that is accessible to the fiber network in the central area, the company will connect a home in the periphery).

The application for a hot partnership in the IEC’s fiber network was submitted at the end of September. In recent weeks, the Ministry of Communications has been conducting staff work on a request to transfer control means in IBC, which spans fiber throughout Israel, to the Hot Group, which is interested in acquiring part of the control in the company and providing advanced fiber-based services to the IBC network.

In line alongside concerns

Examination of the application by all the professional bodies in the ministry revealed that the completion of the transaction is expected to significantly expand the deployment of IBC’s fiber network in Israel, shorten the schedules for extensive retirement, reduce existing dependence on Bezeq competitors, and reduce barriers to entry for new competitors. That will enable the provision of fiber-based services to the consumer.

However, the move will require new and complementary regulatory moves, in order to reduce competitive concerns arising from the deal and things are very detailed in the hearing document and the economic opinion submitted by Dr. Ofer Raz-Dror, Senior Vice President and Director of Economics at the Ministry of Communications.

The ministry notes that this move is in line with the regulatory moves that the ministry is leading, in order to accelerate the deployment of fiber and the ultra-fast Internet network while promoting a policy to expand the level of competition in this market. The deployment of broadband infrastructure will create engines of growth, encourage employment, reduce the cost of living for the citizen, strengthen the periphery of the entire economy, raise GDP per capita and accelerate the Israeli economy.

The stick and the carrot

A review of the hearing document and the opinion shows that the electricity company will continue to hold 30% of ABC Israel Broadband Company or in short – IBC. The remaining seventy percent are held in a limited partnership by Cellcom and Keren 5711 (Israel Infrastructure). Upon completion of the requested transaction, Hot, Cellcom and Tashi will hold equal shares in the IBC partnership.

Regarding the continued operation of HOT, the hearing document explicitly states that: “As provided to the firm in the application, Hot Telecom intends to provide its customers with an Internet and telephone service over an advanced network using IBC’s fiber infrastructure, while continuing to provide Internet and telephone services to its customers, retail and wholesale. On the cable network it owns. ”

The document also presents restrictions alongside the reliefs. “It is the duty of a licensee, including IBC, Hot and Cellcom, to charge a reasonable fee for their services. The reasonableness of the tariffs will also be examined in the test of ‘reduction of margins’. To the extent that it finds that the payment charged by IBC for its services is unreasonable in relation to the retail prices charged by its controlling shareholders (Hot. DS), and that this conduct is intended to harm competition, the Minister has the authority to give each of these companies instructions.

In the economic opinion prepared to examine the issue in depth, the author first laments the state of the fiber market in Israel. “In the last decade, advanced developed communications networks, which are a technological leap forward, have been deployed in developed countries at a rapid pace. Behind the establishment of the fiber project on the electricity grid, there was a vision to create a technological leap along with fierce competition.”

“In practice, at the end of 2017, a decade after the beginning of the promotion of the fiber project on the electricity grid and five years since it started operating, IBC was facing a broken trough. Fiber venture failed. During its five years of operation, IBC managed to spread a fiber network to only about 50,000 households – about 2% of households in Israel, its membership volume was only about 7,000 (3% of households), and its financial balance indicated an inevitable bankruptcy.

Individual situations all over the globe

Did the outline work? It turns out that, by mid-2020, IBC, Cellcom and Partner have deployed fiber networks to the extent of about 25% of households in Israel in the most economically viable areas. In the next stage, various regulatory processes were initiated, while creating an array of incentives for Bezeq for a broad retirement. Dr. Ofer Raz-Dror, of the Ministry of Communications ‘Economics Division, believes in the opinion that IBC’s request to allow eager to acquire some of its means of control fits in well with the Ministry of Communications’ regulatory moves.

According to him, in approving the application, two situations will occur that do not exist, as far as is known, in any country in the world. One, the deployment of two advanced fiber networks to most households at a very fast pace, and the other, that the two advanced fiber networks that will be interpreted will oblige the use of the fiber network to competitors and thus allow future competition between wholesale networks. Later, Raz-Dror listed 7 other reasons why the move to transfer the means of control is eagerly deserved.

The Minister of Communications, MK Yoaz Handel: “Approval of the application will promote the rate of fiber deployment in Israel and improve Internet services in terms of quality of service and price to the consumer.” Handel added, “For all Israeli citizens who are craving particularly fast internet these days. After a lost decade in the field of infrastructure, it is time for every citizen everywhere in the country to have high-speed Internet with competition from at least two companies. ”

The ultra-Orthodox are breathing a sigh of relief

Many in the ultra-Orthodox sector breathed a sigh of relief this week when the replacement prime minister and blue-and-white chairman, Bnei Gantz, fired Yoaz Handel from his position as communications minister, following the joining of his party – Derech Eretz, to Gideon Saar.

Handel has promoted many moves whose purpose is to harm the very existence of kosher floors, and the breach of the kosher cellular wall that has forced itself on the will of the ultra-Orthodox public, in front of the advanced and hacked devices marketed all over the world. Now it remains to be hoped that by the time the next government is formed no other minister will enter the Ministry of Communications.