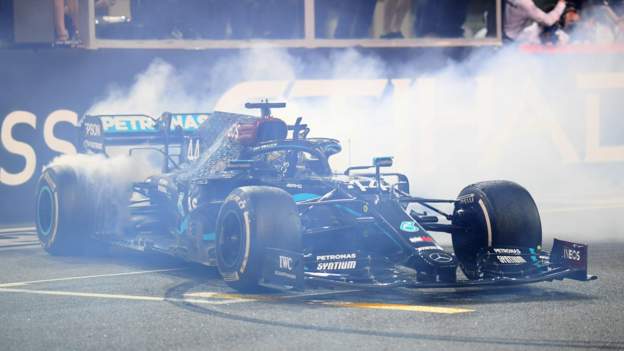 The FIA’s Formula 1 governing body has confirmed the calendar for the longest season in history next year.

23 grandchildren prix will be held, starting in Australia on March 21 and ending in Abu Dhabi on December 6.

The British Grand Prix will be at Silverstone on July 18 and the Brazilian Grand Prix was confirmed at the historic Interlagos tour of Sao Paulo on November 14.

The calendar is dependent on additional pandemic coronavirus outbreaks.

F1 has said it is confident it can run a full calendar.

There are already plans to hold the Australian Grand Prix in Melbourne in an ‘F1 biosphere’.

The previously allocated date for a Vietnamese GP, April 25, remains empty, pending the discovery of a host country.

Hanoi’s virgin grand prix hasn’t been technically postponed, but it won’t happen and another one will come in from one of the tracks filled this year as F1 picked up a European-based season largely after a riot ensued. caused by coronavirus.

Turkey’s Istanbul Park, Portimao from Portugal and Imola route in Italy are the main candidates to replace Vietnam.

Saudi Arabia makes its debut with a street race in Jeddah as the main final prrix of the year on 28 November.

Melbourne plans to hold the race with fans

Australia has been among the most successful countries in tackling the pandemic, by pushing mascara wear and social distance, access and detection systems and enforcing 14-day quarantine on international reach.

F1 staff will be confined to the track and their hotels and will be transported between them to avoid communication with the local population.

Vietnam’s inaugural race in April was marred by the pandemic, as the first 10 races of the season were canceled or postponed.

Vietnam, which was at the time the first new event introduced by the owners of F1 Liberty Media with the grip on corruption charges of chief officer in charge of the race in Hanoi.

F1 had announced plans to hold a Brazilian Grand Prix at a new route in Rio De Janeiro in 2021, but the project went awry and a new five-year contract was signed to keep the race going in Sao Paulo until 2025.

The calendar is very similar to the original 2020 chart.

The biggest change is the Dutch Grand Prix move from spring to September 5, where it follows a week after the nearby Belgian event.

The race at the beach town of Zandvoort was expected to return for the first time since 1985 this April, but it was a disaster of the pandemic.