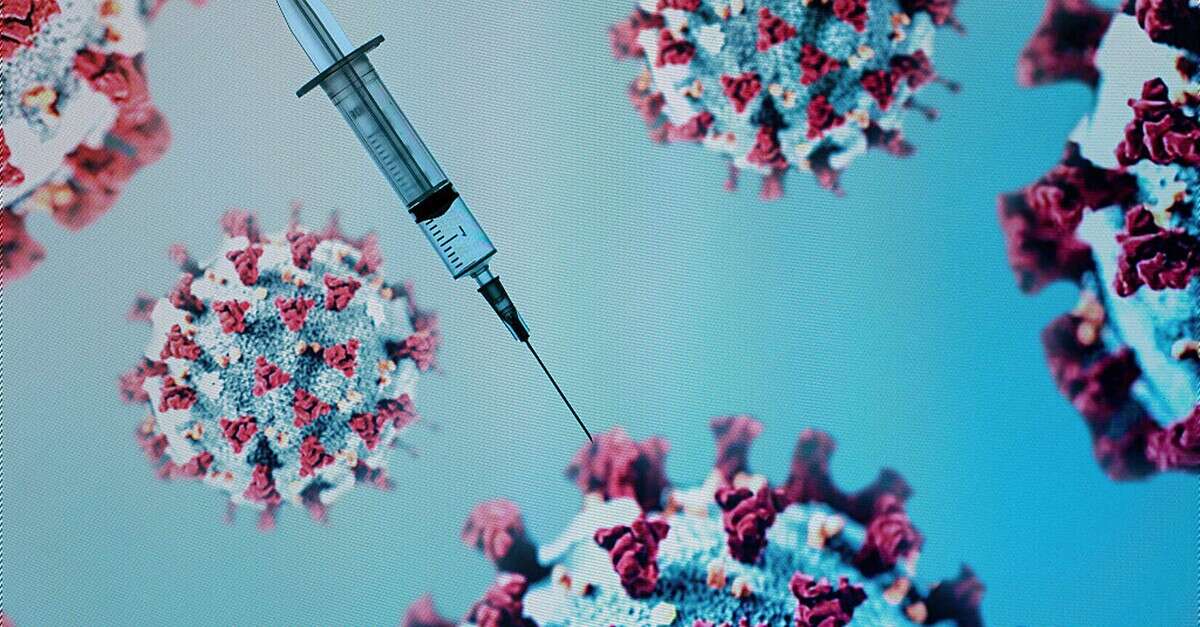 Pfizer vaccines against the corona virus are already in the country. From next Sunday, December 20, the national vaccination campaign will begin. It is time to find out who will be vaccinated first, what is the priority set and when each of you will be able to get vaccinated. The complete guide:

The order of the vaccinators

Prime Minister Benjamin Netanyahu will be vaccinated in front of live cameras on Saturday night, apparently at Sheba Hospital in Tel Hashomer, to show his confidence in the safety of the vaccine, and in fact he will be the first in the country to do so.

The next day, President Reuven Rivlin will receive the vaccine in front of the cameras for the same reason.

About 250,000 doctors in hospitals and the community, brothers and sisters and nursing and medical students in clinical rounds, MDA personnel and rescue organizations. The medical personnel are the engine behind the immunization operation. The corona has been vaccinated for a year and is most vulnerable to infection, so their vaccination has been defined as critical. About a quarter of a million medical staff will receive the vaccine first in hospitals and clinics in the community, as well as the medical staff of rescue organizations.

Nursing homes and shelters in institutions

About 350,000 people. Residents of nursing homes and shelters in various institutions in the country are the largest risk group of all. Along with them, priority will be given to caregivers, who enter institutions every day and return to the community.

Senior citizens over the age of 60

About 1.5 million people. The Ministry of Health says that the most significant risk factor for coronary heart disease and mortality is age. For this reason, the intention is to set an age threshold above which they will want to be vaccinated in priority. At the moment, it seems that those who were vaccinated earlier will be 60 years old and older. This group includes, as mentioned, about one and a half million people.

Chronic patients under 60 years of age

These are about 200,000 kindergarten teachers, teachers, teachers and more. The main goal of the Minister of Education is to keep the schools open to keep the economy active. The teachers’ organization has already published their position that teachers cannot be required to be vaccinated, but stated that they would recommend immunization. The social workers, numbering about 20,000 people, will also be on the second line of immunization.

The IDF and other security bodies under the responsibility of the Ministry of Internal Security – about 250,000 people. The bodies that are expected to be vaccinated in the second priority are those under the responsibility of the ministry. For example, the police (32,000) who are forced to work in gatherings. Staff and 14,000 prisoners) as well as the fire and rescue services (about 3,500 firefighters and supporters).

As for the IDF: With the start of the national vaccination campaign, the army is examining the order in which to vaccinate the servants. 40 and 50? Although there are those in the army who are interested in this, it will probably not be possible to force all servants to get vaccinated, but the army is preparing for an extensive information campaign to persuade the servants to do so.

For personal example, the first to be vaccinated in the army will be Chief of Staff Lt. Gen. Aviv Kochavi.

Who will not be vaccinated at the moment?

Children under the age of 16

These are about 2,697,700 children and adolescents. The trials conducted with the vaccines were not tested on these groups, and in order not to take unnecessary risks, the Ministry of Health decided that they would be excluded in the first stage. Meaning: Nearly 2.7 million residents of the country will not be vaccinated against the corona.

About 330 thousand people. The bodies of those who have recovered from the virus have antibodies, so it was decided not to vaccinate them. In this context, the hospitals did not treat medical staff who underwent serological tests and were found to have fallen ill and recovered.

About 250,000 people. These are people who are sensitive to medications or food, or those who have experienced a severe allergic attack in the past and carry an adrenaline syringe with them.

The Ministry of Health does not have an exact figure for their number, and estimates in the field come from non-profit organizations that work for people with allergies.

It should be noted that people with allergies to food, inhaled allergens or substances such as latex will be able to get the vaccine, as well as people with only mild allergic reactions, with asthma or with other diseases such as urticaria.

In 2019, 182,016 babies were born. It is estimated that there are about 135,000 pregnant women at any given time. The Ministry of Health stated that “safety and caution come first,” and therefore it was decided not to vaccinate pregnant women. Breastfeeding women will also not be vaccinated, as will women who plan to become pregnant up to a month after receiving the second dose of vaccine. In all, there are about 270,000 women.

How does the vaccine work in the body?

Nucleic acid-based vaccines (mRNA) are a method of protecting against infectious diseases. Recognized vaccines cause an immune response by introducing a killed or attenuated generator into the body. Nucleic acid-based vaccines teach the body’s cells to produce a protein – or part of a protein – that causes an immune response in the body. During this reaction antibodies are produced, which protect us if exposed to the virus.

After a short time (hours to days) the molecule breaks down in the body. Thus the body learns to deal with the protein without danger. If a person is exposed to the virus, the immune system will easily recognize it. In any case, it is not possible to get corona after receiving the vaccine, because the vaccine does not contain the virus or part of it.

How many vaccines are there in the country?

The population of Israel is 9,246,000. Number of vaccine doses required for the population: 18.5 million (assuming that all vaccines will be in two doses, and the entire population will be vaccinated).

There are already more than 400,000 vaccines in Israel. It is estimated that by the end of December there will be 3.8 million doses, which will allow 1.9 Israelis to be vaccinated. By the end of March, 8 million packages are expected to arrive.

All of the vaccine doses used at this time are from Pfizer. Once the modern vaccine is approved, vaccines from this company will also arrive in Israel, and the same will happen with Astraznica.

The Ministry of Health estimates that by April Israel will reach a state where the population’s resistance to the virus will be high, which is known as herd immunity.

How will the vaccination campaign be conducted at the health funds?

According to reports from HMO executives, the overall preparations for the largest vaccination campaign in the country are currently being completed. The following is the planned layout:

Maccabi will have 300 vaccination stations in 70 complexes throughout the country. The daily vaccine target is 25,000 people a day. In addition, remote areas will arrive in remote areas with vaccines.

Clalit will operate about 400 vaccine points throughout the country, which can vaccinate up to about 40,000 people every day.

Leumit will deploy 60 vaccine points throughout the country. Four dedicated vehicles will travel throughout Israel.

United will have 70 clinics and four mobiles.

In addition to the health funds, MDA and Ihud Hatzalah paramedics will also participate in the operation, assisting in the process. Points will also operate in hospitals and clinics, including our brothers and sisters.

As with any drug, vaccines have side effects however according to the reporter, the side effects of the vaccine so far have been pain and swelling at the injection site, fatigue, headaches and muscle aches, chills and joint pain. Occasionally there is fever, vomiting, diarrhea and swelling of the lymph nodes, and in rare cases an allergic reaction has been observed. Less than half a percent of the trial participants suffered from more severe symptoms, but none of them were life-threatening.

Participated in the preparation of the article: Lilach Shoval and Ariel Kahana