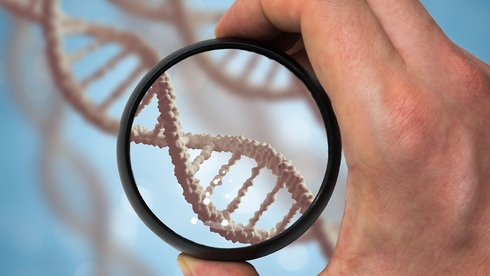 Researchers in the United States say they have found evidence that parts of the corona virus’ RNA – its genetic material – are embedded in the DNA of the cells it infected. On closer inspection, however, the findings appear to have simpler explanations, which have nothing to do with the activity of the virus in the animal body.

The genetic material of corona viruses is an RNA molecule, which is a slightly different and simpler molecule than the DNA molecule that stores our genetic information. Because these are different molecules, RNA cannot integrate into DNA. For this to happen, a special enzyme, reverse transcriptase, is needed, which is able to copy the genetic information from an RNA molecule to DNA. Such an enzyme is present in some viruses, from the retrovirus family, but not in the corona virus family.

But researchers at the Whitehead Institute for Medical Research in Massachusetts now claim to have found evidence that parts of the RNA molecule of the coronary virus SARS-CoV-2, the causative agent of the current epidemic, are able to integrate into DNA, and they even suggest a putative mechanism that could allow it. . However, other researchers have found at least two additional explanations for the findings, which do not include a combination of viral RNA in the human genetic material.

Since the onset of the corona plague, much information has been accumulated about the RNA sequences of the virus and the RNA molecules of the infected cells. Rudolf Jaenisch, Richard Young, and their research students at the Whitehead Institute reviewed databases that compiled such genetic data, and found hybrid (chimeric) sequences within them — that is, pieces of RNA that combine virus-derived sequences with sequences of human origin. In an article published on the bioRxiv website, intended for early publication of articles before being peer-reviewed, they reported that such sequences were found in both corona virus experiments and coronary heart disease cell samples.

According to the researchers, in order for such sequences to be formed, the viral RNA must become a piece of DNA and integrate into a human DNA molecule. The cell then makes a new RNA copy from the combined DNA, which also includes part of the cells’ genetic sequence.

The researchers claim that this finding explains why some patients with COVID-19 continue to find the RNA of the virus even after they have recovered and the virus was supposed to disappear from the body. In addition, if it turns out that this hybridized RNA is used to produce proteins that our immune system recognizes as a hostile factor, it may explain why the immune system of critically ill patients is rampant, and why people who have recovered from the disease sometimes continue to suffer from persistent side effects. Finally, there is a concern that the penetration of the virus’ genes into the human genetic sequence at a random location will impair the control of cell division and cause them to become cancerous.

And why are people afraid to get vaccinated? Watch:

The researchers later showed that if cell cultures are infected in a laboratory with the virus, and cause them to artificially produce reverse transcriptase enzymes of another virus, the enzymes do copy viral RNA into the cell’s DNA, and later that viral gene is copied from the DNA to its own RNA copies. The genes of the cell.

A possible source of viral RNA incorporation into human cell DNA is retro-transposons. Transposons are “bouncing genes” – that is, small pieces of DNA that can move from place to place within DNA. They probably originated in ancient viruses that were integrated into the human genetic code during evolution. Retrotransposons are probably remnants of ancient ancient retroviruses. Unlike regular transposons they produce RNA and the enzyme reverse transcriptase which turns it into DNA.

One of the retrotransposons in humans is called LINE-1, and the researchers found that its enzyme was able to copy the RNA of the corona virus into DNA. In addition, they found that the virus causes human cells in culture to produce more LINE-1. On the face of it this does indicate a possible mechanism that explains the findings. However, there are simpler and less disturbing explanations that the researchers did not examine at all.

The simplest explanation for the presence of the hybridized RNA, which involves a viral and human genetic sequence, is that it is a by-product of the process of identifying the sequence of RNA before it is introduced into the database, so that it has no biological or medical significance. To decipher the RNA sequences, they are collected from the cells and copied to the DNA using the same known enzyme – reverse transcriptase. Another enzyme, ligase, is then used to attach these pieces of DNA to other short pieces of DNA used to identify the sample – such as a molecular barcode. However the process is not error-free, and once in a few thousand or tens of thousands of molecules, the ligase hybridizes two unrelated pieces of DNA.

This is a well-known phenomenon in RNA sequencing. To test whether this is the source of the unexplained hybridizations, the researchers need to examine the source of the human segments in the hybridized RNA they found. If there are hybridized sequences from a variety of regions in the DNA, the phenomenon may be real, and viral RNA integrates into the genetic material of the cell. But if it is limited only to regions in the DNA that become RNA, it is likely that the finding is only a by-product of the sequence decoding method.

Another possibility is that these are errors of the corona virus itself. Some of the genes in the virus are produced by a process that binds two pieces of RNA together. It is possible that here and there the virus attaches to its RNA also a piece of RNA of the human cell. Such errors do not appear to have any implications for the course of the disease.

The simplest way to prove the researchers’ claim that a genetic material of the virus penetrates DNA is to decipher the DNA sequence of corona patients or people who have recovered from the disease, instead of relying on their RNA. If genetic sequences derived from the SARS-CoV-2 virus are found in human DNA, it will be clear that the viral genetic material has indeed penetrated our DNA. Since to date no segments of other common corona viruses have been found in human DNA, it is more likely that the authors of the article misinterpreted their findings.

For LINE-1, our body cells aggressively suppress the production of retrotransposons. In contrast, laboratory cultures typically use cells of a cancerous nature, which do not behave normally. Therefore, it is not possible to determine unequivocally that the process also occurs in the body cells of corona patients, even if such a phenomenon is seen in cultures.

Finally, most of the body cells that become infected with the corona virus during the course of the disease are destroyed – either by the virus itself or by the immune system that attacks the infected cells to prevent the virus from spreading to other cells. Therefore, even if there are cells that have incorporated in their DNA a genetic material of corona viruses, the clinical significance of such a phenomenon will be extremely marginal.

It is important to note that this article does not affect what we know about the messenger RNA vaccines against coronary heart disease. In fact, they show that in order to turn viral RNA into DNA, very extreme conditions must exist in the infected cell that do not normally exist in it and that the vaccine molecule cannot create. Therefore there is no concern that the RNA molecule of the vaccine will be incorporated into the DNA.