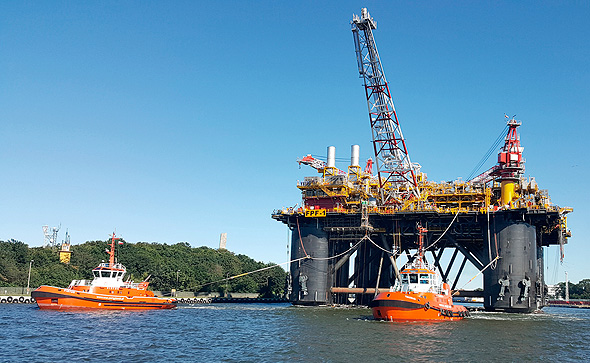 Delek Group published yesterday (Monday) the reserve report, contingent resources and cash flow data on the assets of Ithaca, the wholly owned subsidiary of Delek Group. Market expectations were for a good report and it did not disappoint and showed a significant increase in the capitalized cash flow value of Ithaca’s oil assets.

The report was prepared by Netherland, Sewell & Associates (or NSAI), an independent reserve appraiser. The report includes estimates of the amount of contingent reserves and contingent resources attributed to Ithaca’s oil assets.

The increase in cash flow is a result of an increase in the amount of 2P oil and natural gas reserves and in the amount of resources contingent on the best estimate (2C) of all Ithaca oil assets, at the end of 2020, to a total of approximately 297 million equivalent oil barrels (BOE) compared to a total of approx. -258 million BOE as of June 30, 2020. The price of oil rose during the fourth quarter from $ 41 to $ 52 a barrel and currently stands at $ 64.

Idan Wells, CEO of the Delek Group, stated: “The quality of Ithaca’s assets and their significant potential for the Delek Group are reflected in the excellent data in the resource report. In the past year, Ithaca has performed well, which was reflected, among other things, in significant dividends of about $ 120 million during the year, at a time when almost no energy company distributed a dividend to its shareholders. Ithaca is an important anchor for the group, and an engine of growth for its continued activity and flooding of value. “

Delek Group is traded at a value of NIS 3.2 billion after a year ago, at the height of the corona crisis and the sharp decline in demand for oil, its value fell to less than NIS 799 million.