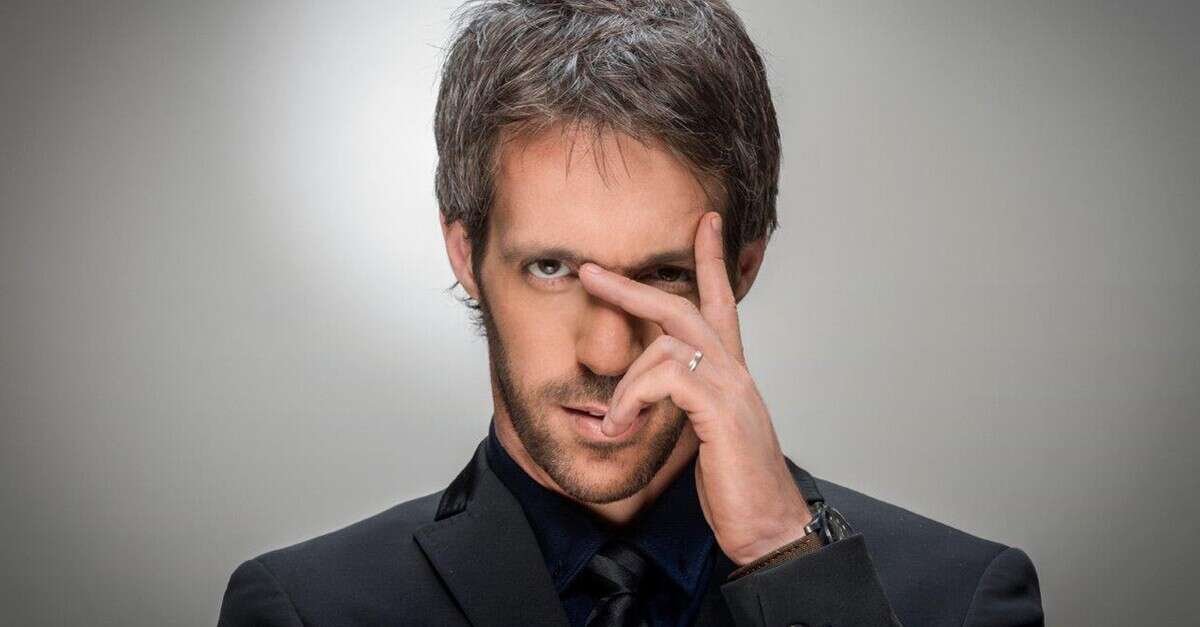 The mentalist posted status today (Thursday) on his Facebook page, which included two photos: one shows a labyrinthine sitting in a lab surrounded by test tubes with the caption “Vaccine Research”, and the other a woman sitting in the bathroom with her cell phone and the caption “Vaccine Antidote Research”. The photos were accompanied by a one-word caption from Harel: “Takel’s”.

As expected, this was enough to evoke emotions on the part of the surfers, and Harel soon found himself at the heart of a storm that was beginning to gain momentum on his page. “There are a lot of senior science and medicine people who oppose vaccines and they do not do their research on the services. It is a pity that you underestimate someone who has a different opinion of your own,” wrote a surfer whose profile picture stars the statement “There is no epidemic of fraud.”

Harel did not remain obligated and replied: “No no no. You are confused. There is very very very little. So little that it is less than a single percent. So little that it is not measurable relative to vaccine supporters. If there were a few on corona disease who claimed science was wrong (and they were wrong In a big way it turns out) here there is not even a debate in the scientific community. There is a consensus that the vaccine will save us from the epidemic. And only a few individual cocoons shout otherwise. There will always be cocoa. Always, “Harel wrote, adding:” “He’s so small. It’s a shame you consider a nurse or a nurse as the scientific community. That’s what’s really a shame.”

“Once you disqualify someone who does not think like you and disparages him, you are the one who gets confused,” the same surfer replied. “Everything is for or against, but just as you would not like it, for someone to underestimate your intelligence and opinions, so you should respect the doubts and beliefs of others especially when it comes to a sensitive issue like this. If any cleric came and underestimated the secular and claimed they Ignorant and ignorant, would you take it easy? “

“How do you know he’s confused? Do you have a data survey of some opponents and some not?”, Another surfer joined the front that opened between the two. “What happened to you, the man is a master of the senses. He knows everything,” the same surfer replied, stinging Harel, “just what to do, the reality is a little different from what the man is trying to produce in the post. The fact that even medical people are not happy to get vaccinated, but leave. “People who sit in the bathroom and look at the phone. What do they understand compared to Nimrod? What a bastard that the reality is a little different,” he wrote and attached a link to an article that claimed that only 50% of medical staff commit to getting vaccinated.

“Feel free to check how many times ‘science’ has erred throughout humanity and how many lawsuits there are against drug companies,” another surfer wrote to Harel. “We do not know anything my friend, and certainly not how the body will react to a vaccine that is precedent. A little modesty.” “You are making a generalization here,” protested another surfer. Who is us? Who will it save? What is meant by ‘save’? What is the definition of an epidemic? Precisely from you I would expect a deeper view of reality. “Who like you knows the mechanisms of the brain (omission, generalization, distortion) and factors like social pressure and the desire for perseverance, strange,” he concluded.

“Too bad. You look like a smart person … why ruin?”, Another surfer wrote with cynicism and Harel replied: “Too bad. You look like a person who knows how to recognize smart people. Do not doubt yourself.” This response from Harel managed to provoke anger in the same surfer who wrote to him: “I will not doubt myself. I am sure that if you really researched the subject and tried to study in depth your wisdom would be revealed in this matter as well. If you wrote something the opposite of what you wrote like many doctors and people Science trying to do sometimes you would discover a dark and underworld that would destroy everything just so that the bitter truth would not come out.The truth that people, old people and babies are harmed by vaccines every day.The truth that vaccines are unsafe and erase the side effects from packaging so as not to hurt sales.

“I would tell you to try for a few more days to do a reverse post and see how soon you are told to delete it or you are blocked from Facebook, but they probably paid you a few shekels to upload this so poor and low post,” she wrote, adding: “What I have left is to wish you That you will not need the money for medicines or vaccines, and if you want a corona vaccine and you run out, then let me donate mine for you. “

“The response was nice until you made the biblical claim that I was being paid,” Harel wrote in response. “At that moment you showed which camp you belong to: the conspirators. Let go of your thought and beautiful one hour earlier.” Harel also added cynically: “By and large I am on a monthly salary of five thousand shekels from the Freemasons and receive in addition twenty thousand shekels for each post-bibi or anti-vaccine. Half from the Illuminati, half from the new foundation and half from members of the flat world.”

“I recommend you stay in the field you are good at. Bluff,” another surfer responded, and the argument that continued to gain momentum was summed up by one commenter, who wrote: “It would have been better for you to have another post against Bibi and not get involved with conspiracy experts,” Harel agreed. : “There’s a situation where you’re right,” accompanies Emoji laughing and crying.