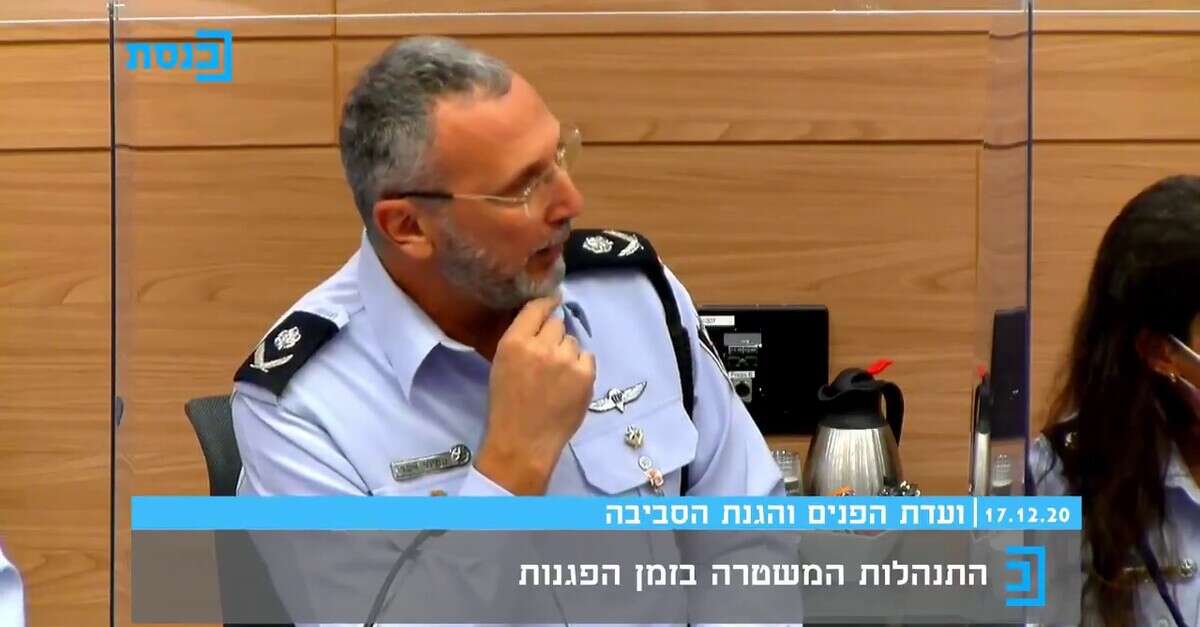 Defense Minister Bnei Gantz asked Superintendent Amichai Eshed, commander of the Central District Police, to allow the demonstrations to take place in front of his house in Rosh HaAyin, Eshed said today (Thursday) in a discussion held at the Interior and Environmental Protection Committee.

Central District Commander, today: “Ganz called me and asked to allow the demonstrations in front of his house” // Photo: Knesset Channel

During a discussion on the conduct of the police during demonstrations held at the committee, Eshed was asked by the committee’s chairman, MK Miki Haimovich (blue and white), whether Ganz had called him to avoid arrests. Eshed replied in the affirmative: “He called me personally and asked to allow demonstrations near his house. He also wrote a letter – but I told him that it was not within his authority and that I was not breaking the law.”

The Eshed commissioner wanted to emphasize that “with all due respect to a Knesset member, only when he is legislated and the law is enacted, can he buy the matter. Thus, he has no such authority. The Supreme Court has ruled not to demonstrate near a public house.” Selective? “