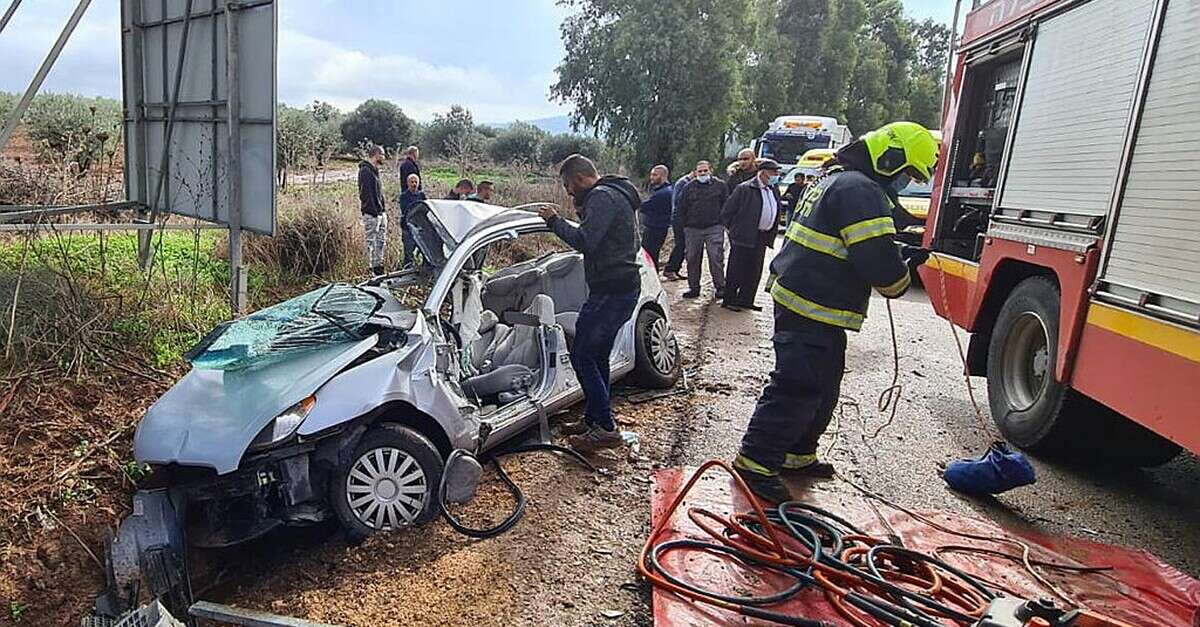 A 24-year-old woman from the village was killed this morning (Thursday) in a car accident between a car and a truck on Road 7266 near Dvoria. Her father, 48, He was seriously injured, was taken to Rambam Hospital by MDA helicopter with multiple systemic injuries, and was anesthetized and respirated. He is also approached by the truck driver, a 25-year-old man. He is hospitalized at Valley Hospital and his condition is defined as mild.

Police road accident investigators are investigating the circumstances of the accident.

The paramedic Hamutal Rozanski and paramedic Halal Ibrahim said: “When we arrived at the scene we saw that it was a very serious accident between a private vehicle and a truck. The private vehicle was on the side of the road with very severe tin damage, and a man in his 40s and a 24-year-old were trapped unconscious.

“After they were rescued, we performed medical tests on them, the young woman was without signs of life and we had to determine her death on the spot. The man, who suffered a head injury, was evacuated by MDA helicopter to the hospital in critical condition,” they said. easy”.

The traffic department of the police updated that Road 7266 was blocked for traffic from the Tavor junction to the Dvoria junction in both directions following the accident.

“Israeli police officers are on the scene and directing the movement,” it was reported. “Drivers should be directed to alternative routes.”