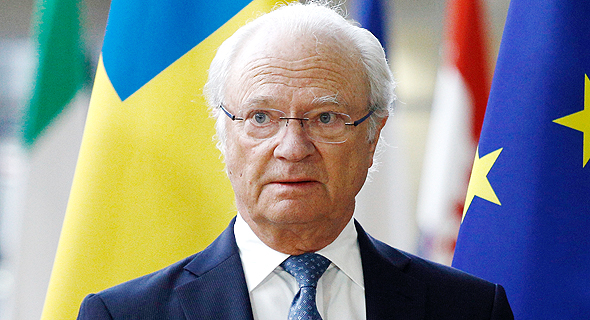 The King of Sweden admitted today (Thursday) that the country has failed to manage the corona crisis. In his annual Christmas speech, King Carl Gustav 19 said the country had suffered “many hardships” and that it was “traumatic” that many of the relatives of the nearly 8,000 people who died from corona complications could not even say goodbye to them.

He said: “I think we have failed. We have a large number of people who have died from corona and it is terrible,” he said. “It’s something we all suffer from and we’ll have to deal with it.”

The draft speech was released today and will be aired on Monday. Sweden has adopted a different strategy from most countries in the world in dealing with the eruption of the corona and has not imposed a comprehensive closure, nor has it required the wearing of masks.

However, a poll published in a local newspaper found that policy support and chief epidemiologist Anders Tagnel are higher than in other countries, although on a downward trend.

According to the survey, the rate of support for Tangal stands at 59% after falling by 6 percentage points. The decline is mainly due to the eruption of the second wave in Sweden, which Tangle claimed in the spring would not happen in the country. In the current wave, Sweden has imposed more restrictions, including a ban on the sale of alcohol after ten o’clock at night in restaurants and bars, and a restriction of gatherings to only eight people.

To date, 7,802 people have died in Corona from Sweden, compared with 402 in neighboring Norway and 472 in Finland.

The king is considered the head of state in Sweden but has no political authority. His son, Prince Carl Philip and his wife Princess Sophia became infected with corona and reported experiencing relatively mild symptoms. They went into isolation along with their two children.

According to journalist Johan Lindwell, who follows the Swedish royal family, it is very “unusual” on the part of the king to pass such public criticism.