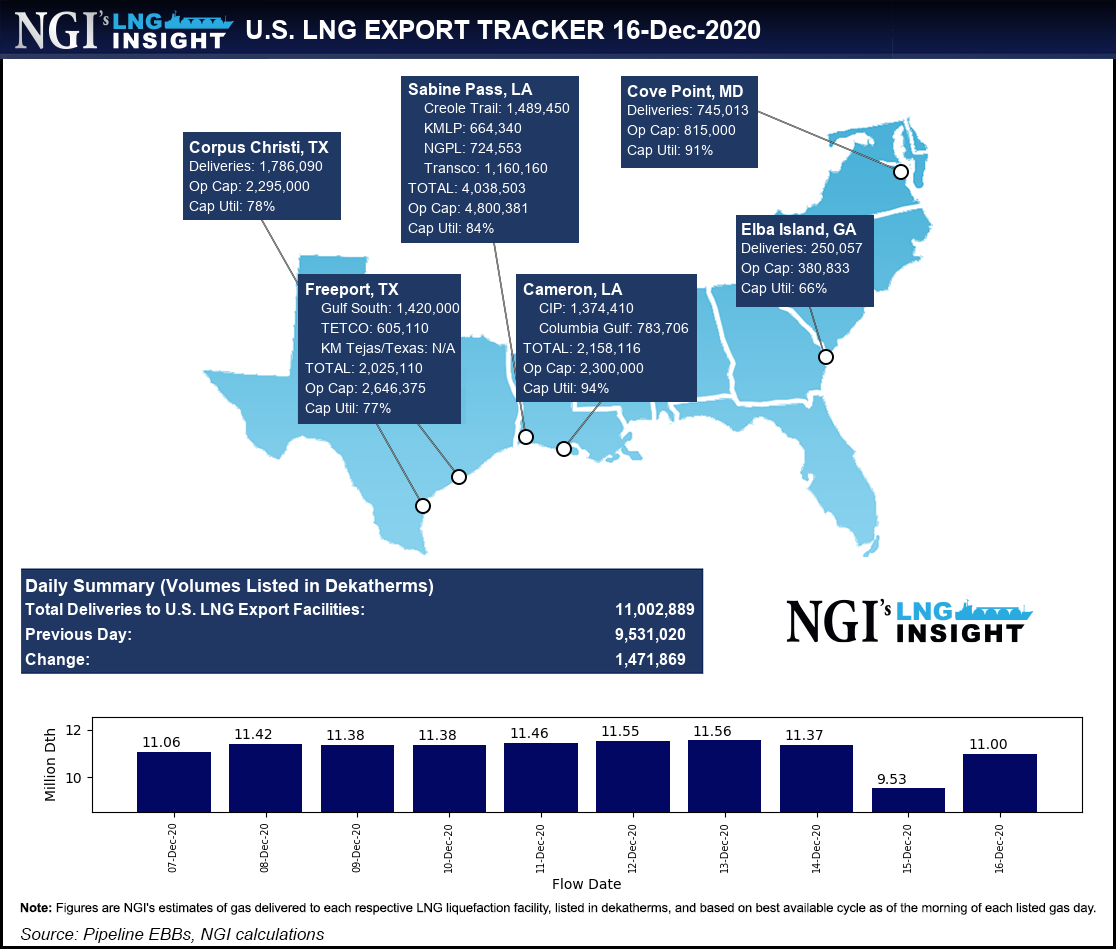 A convenient plantation tour of the three Cameron LNG liquefaction trains was canceled earlier in the week, a spokesman said.

It is not clear what caused the incident, but Cameron said Tuesday that the accident happened overnight. “The matter has now been resolved, and the operations team is beginning to resume the trains,” spokeswoman Anya McInnis said Wednesday.

Feedstock volumes to U.S. export outlets, which have been at levels above 11 Bcf / d for most of the month, declined after the incident. Streams fell from 11.37 Bcf on Monday to 9.53 Bcf on Tuesday, respectively NGIUS LNG Export Detector. Life gas deliveries broke back to 11 Bcf on Wednesday as the global gas market remains strong for exports.

Cameron’s three trains can produce 12 million metric tonnes of LNG per year, or 1.7 Bcf / d. The facility, based in Hackberry, LA, was offline for a month between August and September after Hurricane Laura landed. Activity was disrupted again in October when two vessels and an oil rig sank in the Long Calcasieu Strait, preventing LNG carriers from reaching the facility.