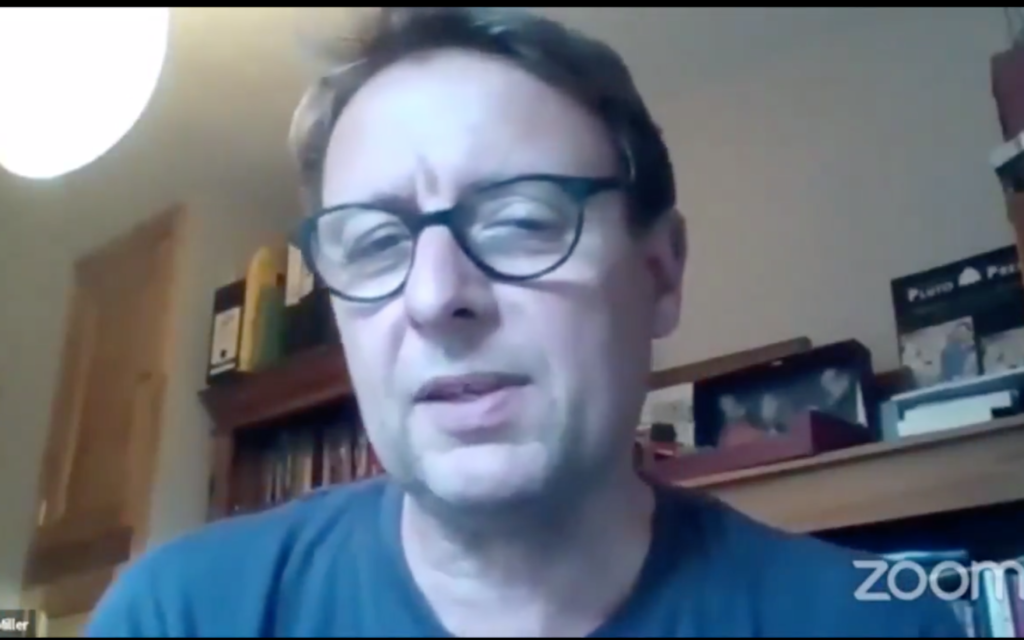 Jewish student leaders left a meeting with Bristol University today in disappointment, after “failing again” to take action against an academic who called for an end to “Zionism”.

Representatives of the Jewish Students’ Union and the University of Bristol’s Jewish Association met with leaders at the institution today, amid concerns about Professor David Miller’s sociology lecturer.

This comes amid calls to sack the academic after he caused a riot last week calling for an end to “Zionism” as an ideology, calling him the “enemy”. When Jewish students complained, he doubled down, using alleged “antisemitic ropes,” leading the Board of Deputies and the All-Party Parliamentary Group on Antisemitism to write to the University’s Vice-Chancellor appearing the worries.

More than 4,000 people signed a petition calling for his dismissal, while Bristol Jewish students filed a substantive complaint on Wednesday.

Bristol and UJS Jewish students met with “members of the senior management team at Bristol University, to express our concerns about the current situation and to hear their proposed next steps. “

Following the 45-minute meeting, UJS said: “Once again, the University has failed to take the hardest steps to do what it can to protect its Jewish students from the hatred and racism of both some physically and digitally. We will not allow this to happen and we will continue to hold the University to account and get hate off campus. “

A spokesman for Bristol University said: “We had a useful meeting today with Bristol J Soc and UJS. We have heard their concerns and continue to work with them. “

However, at the request of the students, we are unable to detail the discussions.

We remain committed to making our University an inclusive place for all students, while maintaining our commitment to freedom of speech and the rights of our students and staff to consider on difficult and sensitive topics. “