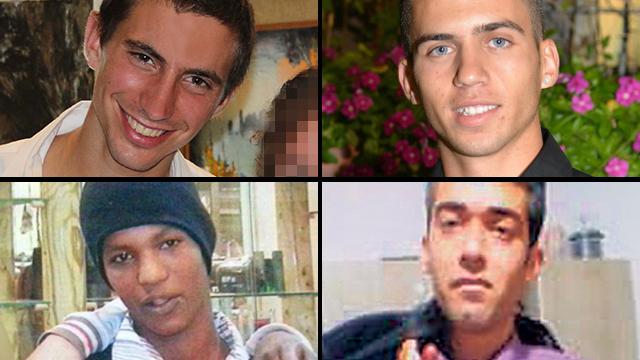 At the heart of these reports is a possible pragmatism on the part of the Islamist movement’s leadership, which is trying to stop the pandemic of coronavirus raiding the Palestinian enclave, and Israel’s willing prisoners who were not in danger. release security.

Hamas has supported part of this pragmatism, which has said it is willing to release the precondition for prisoners with Israel before talks begin, and is also willing to negotiate the number of free prisoners for the four Israelis held in Gaza.

The coronavirus outbreak has created a window of opportunity for a contract to return IDF troops and Israeli citizens in Gaza.

The Israeli government should be commended for its efforts to reach such an agreement, but the six and a half years of humanitarian and civic pressure to bring the Israelis back has been a terrible failure. .

Our boys cannot return home without releasing Palestinian prisoners, which is at the heart of Hamas ’statement not only for the Gazan people, but also for the West Bank Palestinians as well.

We don’t think there is that we can put down a magic wand and solve this issue.

Agreement to restore Israeli hostages must include humanitarian aid – including assistance to fight the pandemic and meet the immediate needs of the people of Gaza – according to Israeli interests there keeping the Strip healthy and working.

The treaty must also include the release of prisoners without security backgrounds, prisoners released as part of the 2011 Shalit treaty that has since been rebuilt and other prisoners who can be tracked by Israeli behavior. to ensure that there will be no dangerous activity in the future.

However, MK Zvi Hauser, outgoing chairman of the Knesset Foreign Affairs and Defense Committee, wants to prevent prisoners from releasing security because they would return to terrorism – as happened to some of the inmates released in the Shalit treaty.

Hauser’s sweeping and erratic approach reiterates the major mistakes that led to the loss of IAF navigator Ron Arad, who Israel refused to release security prisoners because of prior exchange trauma for three captured soldiers in the First Lebanese War.

The appalling price of Israel’s rejection of a “reasonable” contract for Arad by the Lebanese group Amal is something we all mourn to this day.

Therefore, we should expect elected officials – and certainly those involved in security matters – to show leadership, avoid false statements and not create public alarm while and they are making necessary policy decisions regarding lost IDF soldiers who went to war with us.

In addition, closed-door talks with the Foreign and Defense Committee should not in any case be seen in public – and certainly not when it comes to statements that do not advance the debate on the case and will bring the Israelis into captivity in Gaza for several years to come.

Our families know no relief from the pain. My father Herzl died of a broken heart two years after the 2014 Gaza war and my mother Zehava is not getting any younger.

Aviram Shaul is IDF St.-Sgt. Brother of Oron Shaul and Avi Kalo is vice president of the department for guests and missing persons in the IDF Information Guide