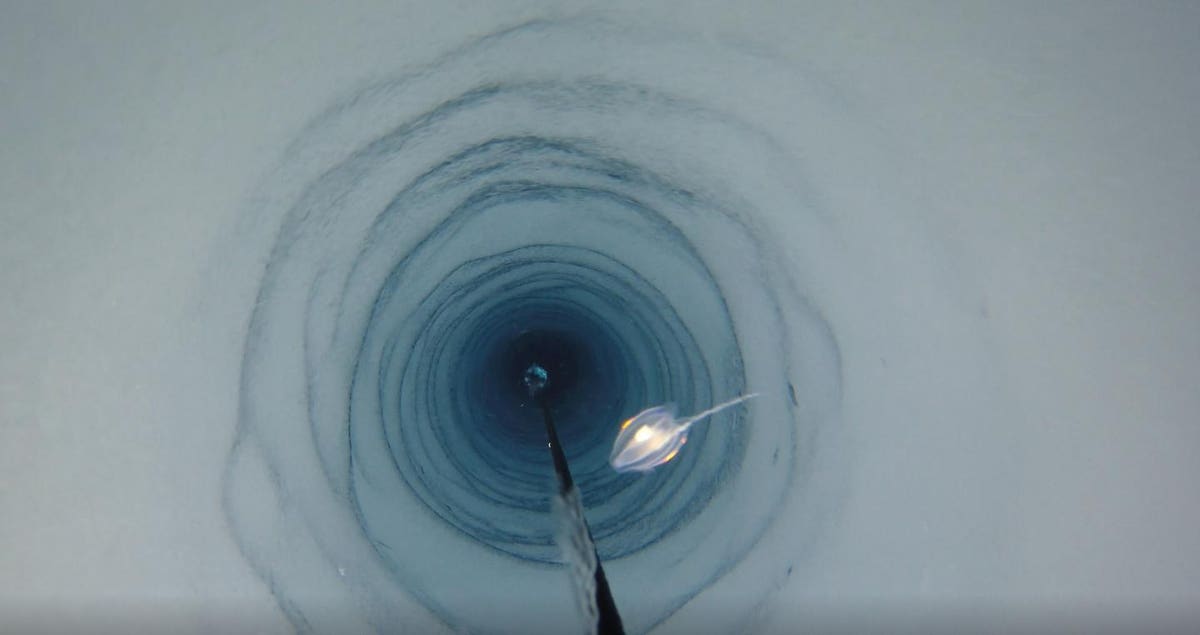 Under half a mile of ice at the bottom of the world, in the dark and far from the open ocean, some horrible organism seems to be doing just fine.

That was the unexpected discovery made at a survey of an ice shelf in Antarctica.

“This discovery is one of those lucky disasters that pushes ideas in a different direction and shows us that Antarctic marine life is unique and transformed into a frozen world,” says the biographer. expert Huw Griffiths from the British Antarctic Survey.

Griffiths’ team accidentally fell into what looks like some sponges and other animals that feed on boulders attached to an underwater boulder in the frigid depths of the southeast Weddell Sea.

The researchers would drill down through 900 meters of the Filchner-Ronne Ice Shelf, located more than 160 miles from the open ocean. But despite being cut off from most of the light, warmth and sea, the creatures are large, strange all over a large rock.

“Our discovery raises so many more questions than it answers,” Griffiths says. “How did they get there? What are they eating? How long have they been there? How common are these boulders covered in life? Are these the same? ? species we see outside the ice shelf or are they new species? And what would happen to those communities if the ice shelf collapsed? “

A paper on the findings was published in the journal Boundaries in Marine Science.

The rooted video above shows a camera and a light dropping into a hole thickened in the ice. After a slight clumping blow with the large stone, several large starch and sponge organisms can be seen.

The researchers believe this is the first such find and are calling for new expeditions to Antarctica to explore this rarely, hidden and unexplained ecosystem.

“As polar scientists, we need to find new and innovative ways to study them and answer our new questions,” says Griffiths.