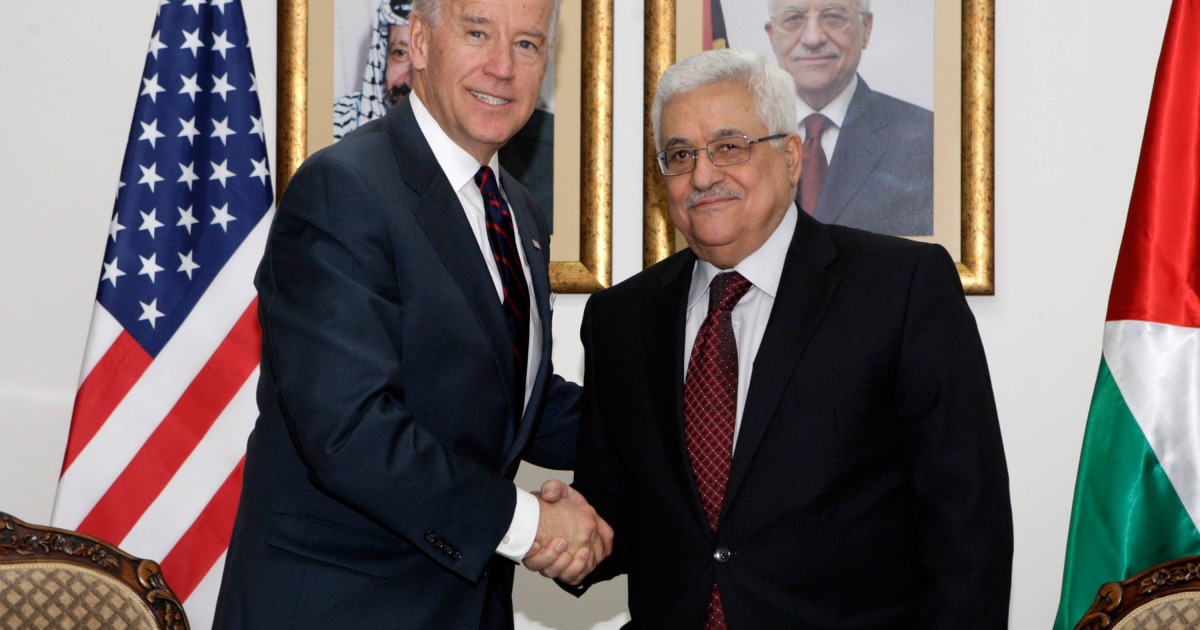 The new administration has pledged the resumption of hundreds of millions of dollars in economic and humanitarian aid to Palestinians.

The Biden administration is plotting a plan aimed at restoring U.S. ties with the Palestinians, which fell largely under former President Donald Trump, according to a draft internal memo seen by Reuters.

Two acquaintances of the State Department document, originally reported by the United Arab Emirates-based newspaper, said it was still at an early stage of “work” but could be a basis for reclaiming parts of Trump’s approach that led Palestinians to deny that he was deeply biased for Israel.

Since President Joe Biden took office on January 20, his supporters have said they intend to forge relations with the Palestinians. His administration has pledged the resumption of hundreds of millions of dollars in economic and humanitarian assistance and work toward the reopening of a Palestinian diplomatic mission in Washington, DC.

Biden’s supporters have also made it clear that they want to negotiate the goal of a two-state solution as a priority in U.S. policy on the Israeli-Palestinian conflict. But they have moved cautiously with Israel’s March 23 elections looming, followed by Palestinian elections in the coming months.

A portion of the draft memorandum issued by the National stated that the U.S. vision was to “immediately promote freedom, security and prosperity for both Israelis and Palestinians.”

The document was released saying $ 15m in COVID-19 pandemic aid to Palestinians could be announced by the end of March. They are also reported to be stricter on Israeli settlement actions and cite efforts “to get a Palestinian pledge to end payments to people imprisoned (by Israel) for acts of terrorism”.

One source, speaking on condition of anonymity, stated that the document as a pre-draft was subject to review and that a final version would require inter-agency review.

“We have no comments on that particular memo,” U.S. State Department spokeswoman Jalina Porter told reporters at a daily meeting.

Mustafa Barghouti, leader of the Palestinian National Campaign Party, told Al Jazeera that it is entirely possible for the US to use its ability to put pressure on Israel.

“The U.S. has the greatest potential to prevent it,” he said, speaking from the West Bank town of Ramallah.

Barghouti said the US cannot claim to be an honest broker as long as they are “completely biased to one side, that is Israel”.

“What will change the political landscape is a different American situation, particularly blocking settlements, forcing Israel to stop settlements,” [and] threatens Israel to impose sanctions if they continue to build settlements, ”he said.

“Something else [the US is] just wasting time. “