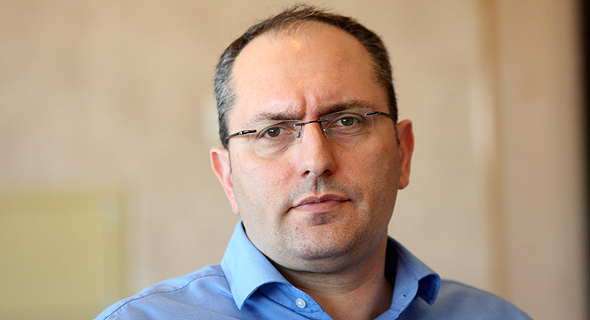 Not ready to take off yet: The identity of the new owners of Israir will probably be decided in court. According to the liquidator of IDB, which owns Israir, Adv. Ofir Naor, the deadline for submitting bids for the purchase of the airline was last Tuesday at 12:00, and indeed a variety of bids were received – from Rami Levy, Yigal Damari and Moti Ben-Moshe, Who offered the highest amount.

Yesterday, however, the game reopened, ostensibly, when Damari submitted a new offer. On the face of it, Damari did not increase the amount he offered – NIS 143.1 million – and even reduced it to NIS 140.4 million. But he offered IDB Series I bondholders, who hold a lien on Israir, to receive 17% of the airline’s shares, so that for the proposed amount he will receive only 83% of the shares. According to Damari’s proposal, 17% of Israir’s shares will be held in trust. For bondholders until the airline is listed on the Tel Aviv Stock Exchange within a year and a half.

If the company is not issued, Damari undertakes to purchase the shares for NIS 29.5 million, so that his offer actually reflects a price of NIS 170 million for Israir – higher than the offer submitted by Ben-Moshe through Dor Alon under his control – NIS 168.4 million.

Ben-Moshe is currently keeping quiet, but Israir’s entourage knows that he is already preparing the claim that will come up in court if the holders discuss Damari’s new proposal: the liquidator set a date after which no bids can be submitted, but Damari’s offer was submitted after that date, so no To discuss it, and one should choose the Dor Alon proposal which is the highest.

Ben-Moshe and the entanglement in Africa

Ben-Moshe is preparing for a legal battle, because he knows that IDB creditors do not have much affection for him, and do not give him much credit. These are the same creditors who in 2014 chose his and Eduardo Elstein’s offer to buy the concern, which was at the time in a debt settlement, which it came under the control of Nochi Dankner. In 2020, the creators turned around. At first it was Elstein who got a cold shoulder from the holders in the struggle he waged to remain the controlling owner of DSKS.

Although Elstein offered a higher amount than the group led by Mega Or, controlled by Tzachi Nachmias, the creditors preferred it. Elstein lost the battle, thus paying the price for the poor management, poor corporate governance and lack of communication that were the lot of IDB and DCS under his control.

Now Ben-Moshe receives similar treatment. He, however, does not suffer from the image of a bad manager or of someone whose corporate governance in companies under his control is poor. The problem of another son of Moses. He is now paying the price for the wars he has waged in the years since he parted ways with Elstein at IDB, with one war standing out above them all – the one he waged over the acquisition of Africa Israel.

At the end of 2017, Africa Israel’s creditors chose Ben – Moshe’s offer to acquire the company at a value of NIS 2.3 billion, which they preferred over that of Nati Saidoff. The deal was not completed in the end. The holders claimed that Ben-Moshe had failed to raise the amount needed to carry it out, and he in turn claimed that the contacts had been stopped because the required regulatory approvals had not been received.

Hermetic, loyal The holders of Africa Israel’s bonds demanded that the holders leave a deposit of NIS 100 million that Ben-Moshe pledged as collateral for the transaction, and in response he filed a lawsuit against Hermetic for NIS 341 million, which led to this amount being deducted from the final consideration received by the creditors. To go to court, and this arouses anger in the market towards Ben-Moshe.

Last night, a meeting was held between the major holders of Africa Israel bonds (Psagot, Phoenix, Menora, Brosh, Yellin Lapidot, IBI, DK, Migdal Capital Markets) with Ben-Moshe about the amount he demanded to be “stuck” with the trustee. Ben-Moshe offered to end the story with zero, that is, the holders would not receive compensation, and he would not sue them in return. All the large entities refused, and decided to continue the legal battle.

Thus, although as of yesterday Ben-Moshe’s offer for Israir is the highest, three large entities are waging a battle against its sale to Dor Alon, which it controls. This is a cypress fund managed by Amir Efrati, the Meitav Dash investment house and Migdal Capital Markets. Eran Stepak from Meitav Dash was the one who flooded the issue at the shareholders’ meeting, when he pressed the CEO of Dor Alon, Amit Zeev, with the question: “Who assures us that you will complete the deal and not withdraw from it? What do you think about Ben-Moshe withdrawing from the acquisition of Africa Israel and public opinion is against him? “Ze’ev avoided answering and claimed that Dor Alon is a public company that stands on its own.

Thus, despite the official closing of the tender, some of the holders held informal talks with Damari, letting him understand that he could submit an upgraded bid that would beat that of Ben-Moshe. Although this offer is acceptable to the holders, the liquidator Naor informed the stock exchange that he opposes the reopening of the tender and therefore also the discussion of Damari’s bid.

The bond trustee, Dan Avnon of Hermetic, the bond representative, of which Ofer Gazit is a member, and the large holders, decided to go against Naor’s position. Avnon decided to upload Demari’s bid to the Maya website (the Tel Aviv Stock Exchange’s reporting system) and the holders’ vote was postponed until today.

“If Ben-Moshe changed the proposal, then both Damari and Rami Levy are allowed. There is no difference between technical change, legal change and economic change,” a source close to the bondholders told Calcalist. “We have no obligation in this matter to Naor, who submitted at all. The court has an earlier offer from Rami Levy to buy Israir for NIS 100 million, and now we are already with a consideration of NIS 170 million. We absorb the haircut, so at least reduce it. “Another source said:” I came to sell, and do not want to enter into four-year disputes with Ben-Moshe. In order to acquire Israir, he will have to offer much more than Damari. “According to estimates, Rami Levy and the taste of Shalom Haim did not say the last word and will improve their offers.

The Hermetic stated that “as a trustee of the bondholders, I have a duty to inform and vote of any offer that is received, unless there is an explicit decision of theirs that the trustee is not allowed to cast votes for the resolution. “The liquidator’s decisions do not obligate the bond trustee. The trustee – according to the law – must act to maximize the repayment to the holders, and we do so without involving issues that do not belong to this case.”

The vote will be on five proposals, but the struggle will focus on three bidders – Ben-Moshe, Levy and Damari. At the moment the tendency is to choose Damari. A big holder said: “He has a much better reputation, for us.” However, in order to be elected, an offer must receive 50% of the votes, and if no one receives such support, it will mean that the holders are not interested in selling, and the company may go public.