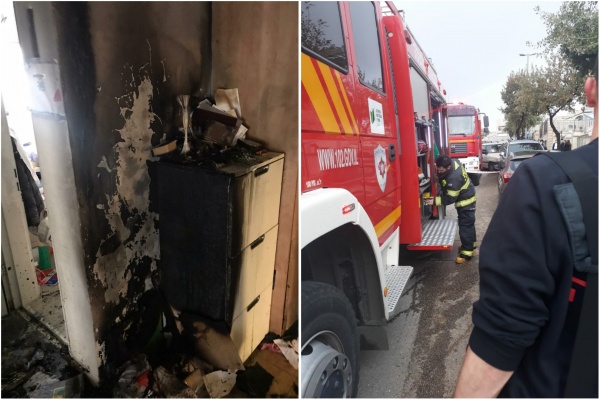 Firefighters from the Yehuda regional station were involved in a fire this morning (Thursday) in an apartment on Chabad Street in Beitar Illit, which was apparently caused by leaving Hanukkah candles on.

Sergeant Major Yossi Raz, the team commander, said that “we were called to a fire in an apartment on Chabad Street in the city.

“After an initial assessment of the situation, we broke into the apartment on the 1st floor, from which the source of the smoke was.

Reshef Avi Ben Saadon, the shift commander, said that this was again a fire in an apartment that miraculously ended without any casualties. “During the last period we have witnessed an increase in the number of apartment fires in the city of Beitar Illit, and in general. Preliminary investigation shows that candles were lit in the apartment during the night and in the morning and these were left unattended by members of the household who went about their daily routine.”

“I reiterate that it is strictly forbidden to leave candles lit unattended, both Hanukkah candles and soul candles. Smoke detectors must also be installed in the house,” Ben Saadon added.