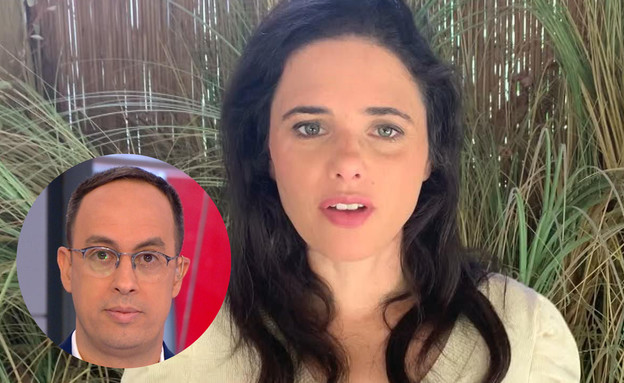 After she posted on her Instagram page the chairman of the right-wing party, Naftali Bennett, and received an interesting statement regarding the rights of LGBT people in Israel, the reality show Maayan Adam brought up Ayelet Shaked, number two of Bennett and the former Minister of Justice.

The two talked about foster care, family and also some politics – all these are questions that Adam’s followers asked her to ask Shaked. Towards the end of the conversation between the two, Maayan, a regular panelist in the “Morning News” with Niv Raskin, who also hosts “Ninja Israel”, dropped the bomb she kept to the end and pleaded with the MK: “Tell us about the time you went out with Niv Raskin” .

“Listen,” Shaked replied hesitantly and embarrassed, “the truth is if you ask him he will admit he courted me during school days. I do not want to embarrass him, anyway.” When Adam asked the MK how old I was, she replied: “I was in 10th grade and he was in 11th grade. We went out twice or twice but I was not in a friend’s section – it was not because of him, he is charming and successful and talented. “