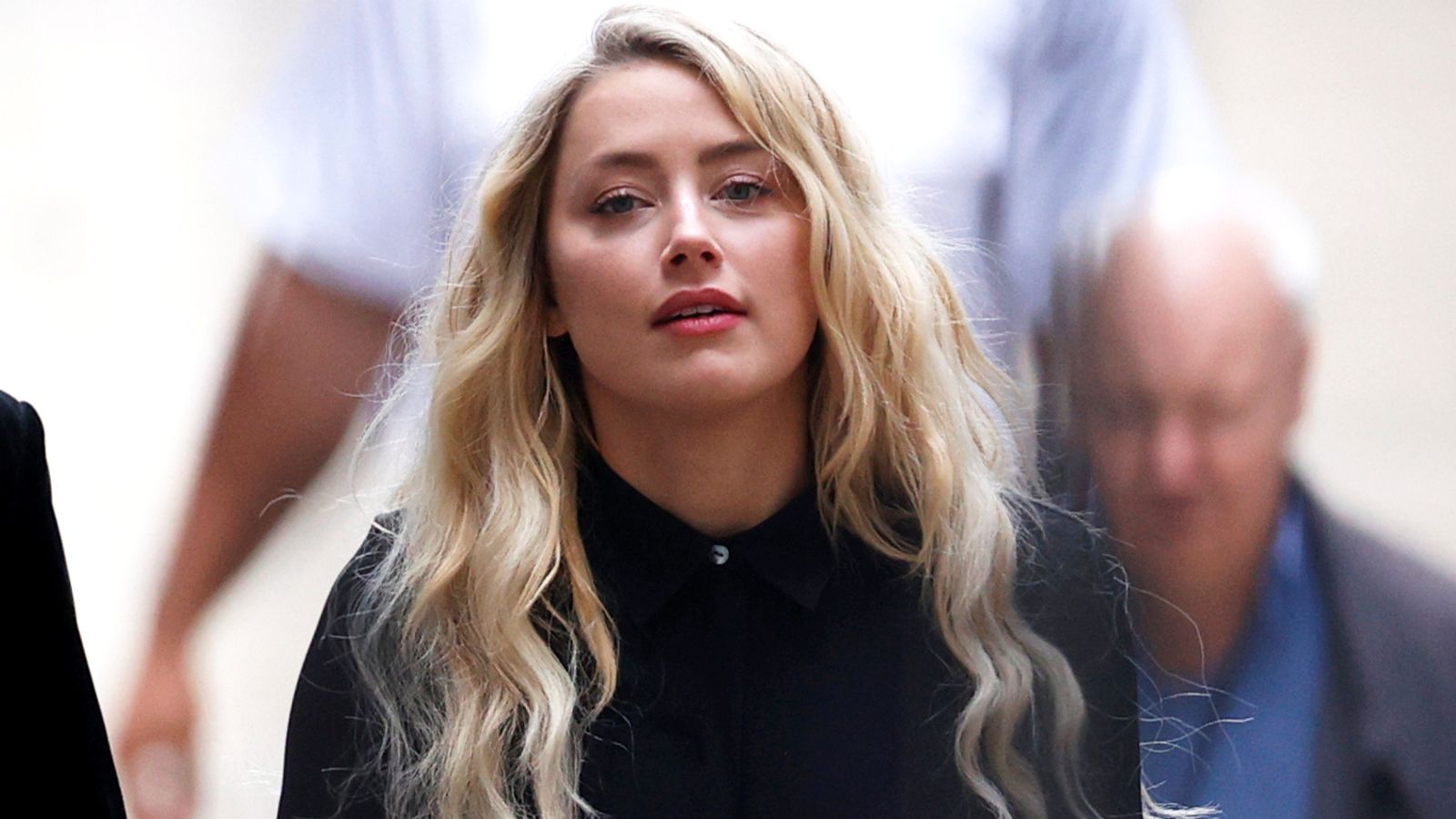 Amber Heard has opened up about her experiences this year, telling Sky News: “Nothing could have prepared me for 2020.”

In a special UK interview, the star explained how her new TV series, based on a Stephen King novel, she made her ask questions about dealing with “unbelievable situations and extraordinary turmoil, and everything to be in line”.

With strong power, the stand is about a flu that kills 99% of the population, and a “good and evil power struggle”.

Filming of the show ended in March, just before the COVID-19 pandemic took hold.

Heard, who plays one of the survivors of the uprising, says that despite the strange time, nothing could have been prepared for the reality of 2020 – a year in the she had many challenges.

The 34-year-old actress became a headliner in the summer when she appeared as the star of The Sun in her husband Johnny Depp’s high-profile libel case against the newspaper.

In November, Justice Nicol ruled that the tabloid report on allegations that Depp was violent towards Heard “largely true”.

At this point, Heard can’t say too much about the relief and reassurance she needs to feel, as Depp has pleaded to plead the judgment, and he also sues her in the the US over a separate article from the Washington Post written two years ago.

If the Virginia lawsuit goes ahead (it is currently scheduled for May 2021), both of them will face the media circus again.

Heard tells Sky News: “Nothing could have been prepared for me for 2020, let’s face it. I don’t think I’m alone in saying that. I don’t think that could nothing to be edited. “

In a year that has wreaked havoc on film and TV sets around the world, halting most of the production, The Stand is “timely”, she said, given the success of its knitting just in time.

“We stopped filming at the end of March, luckily it was at the end of filming, but I still had to do reshoots later when things started to reopen, so it’s ridiculous. that we need to stop filming our show about a global pandemic and a power struggle between good and evil, and a government and a society that closes after a pandemic… just before one. It’s very interesting in terms of timing. “

The Stand is one of Kings’ most beloved books, and the longest.

Heard plays Nadine Cross, and while fans may know what to expect from the character, for those unfamiliar with the story it begins with complete mystery.

“That’s exactly what drew me to Nadine, its complexity and the inability to categorize or explain it easily is just what I think makes it strong and she made me the most interesting character to read, “the actress says.

“And Nadine is like that on steroids, the stakes are pretty high for her and everything on the line, so that was a challenge but that’s just why I was drawn to her.”

The series, which also stars Whoopi Goldberg, James Marsden and Alexander Skarsgard, looks at how people react when they are left to live on their own.

While some come together, others choose to go it alone. There are some who cannot stand the new circumstances and choose to take their own lives.

It remains to be seen whether she considers herself a hero or not – but she thinks everyone will have asked similar questions this year.

“That’s part of what I like about the series in general that it makes the audience think:‘ What would I do when I was dealing with depressing situations and incredible turmoil and its everything on the line? ‘

“And I know that anyone who has been this year can make a connection – that’s just what we found asking a lot of ourselves.”

This year has certainly been a very difficult one for Heard.

Towards the end of Depp’s libel trial, she issued an out-of-court statement stating that it had been “extremely painful” to retaliate her breach, along with the “difficult and intimate details” about her life to be “broadcast to the whole world”. She concluded by saying that she hoped to finally move on.

Now, The Stand seems to be attracting attention for her acting – attention that the actress’ undoubtedly preferred.

The Stand will stream on Starzplay from Sunday 3 January.