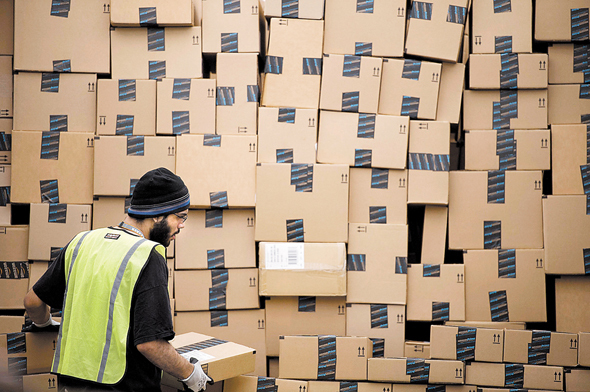 Amazon is trying to prioritize its employees in the U.S. in getting vaccinated for Corona, according to a CNBC report. Amazon as well as employees of the supermarket chain Whole Foods, owned by the technology giant, “will get the vaccines to Corona as early as possible.”

Clark stressed that the workers in question played a vital role and helped consumers obtain necessary products during the outbreak of the plague, and against the background of the closure and closure of the physical stores. He added that Amazon employs more than 800,000 people in the United States, making it the second largest private employer in the country, after Walmart. “We ask that the CDC Advisory Committee on Vaccines (ACIP) continue to favor vital workers who cannot work from home,” Clark wrote. In a letter referring to the external committee of medical experts advising the center.

Amazon is not alone. Other companies in Silicon Valley, including Uber and Dordash, have called on the administration to prioritize their drivers when distributing vaccines. Companies in the retail, aviation, restaurant and meat packaging industries are also exerting pressure to give their employees priority.

At this point the CDC has approved the distribution of vaccines primarily to health care workers and nursing homes. The CDC plans to announce soon who will be given preference in the second round of vaccination distribution, with the assessment that priority will be given to people in risk groups, the elderly and vital workers.

Amazon’s call to favor its employees in giving the vaccines comes amid repeated complaints that it did not do enough to protect the health of those workers during the epidemic. “Amazon puts revenue above our safety,” claimed in April Jailene Camp, who works at Amazon’s warehouse in Michigan. “We are not essential to it. Society treats us as numbers and quotas. It does not protect our health.” Workers even threatened a strike ahead of the Black Friday events.