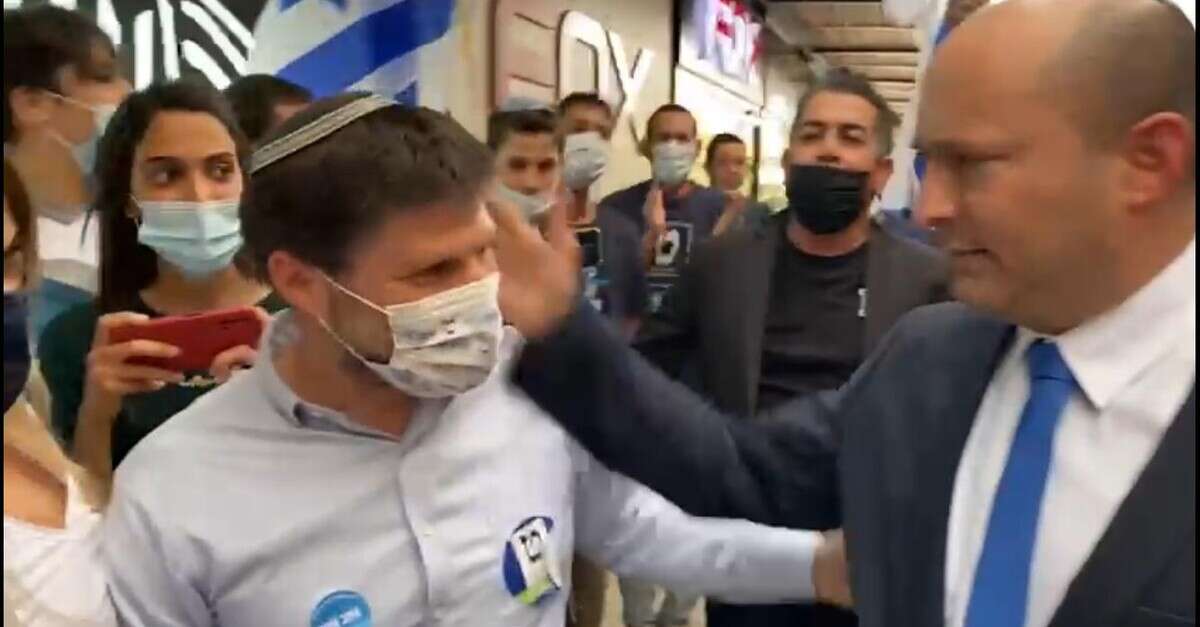 After the mutual clashes and the parties’ attempt to “walk on each other’s heads”, the heads of the “Right” and “National Union-Resurrection” party, Naftali Bennett and Bezalel Smutrich, met by chance today (Tuesday) at the Givat Shmuel shopping center.

The two exchanged polite smiles and patted each other on the shoulder, despite quite a bit of bad blood being shed between them in recent days, culminating in Bennett’s statement that “there is no chance Smutrich will not pass the blocking percentage” and that according to internal polls he gets six seats. Bennett added: “This is called the ‘Guald technique’, which means to scare you about something that is not real. The truth is that it is simply not true, his party passes without any problem and you can vote for us.”

Smutrich, in response, addressed the chairman of the Central Election Commission, Judge Uzi Vogelman, but this forbade religious Zionism to respond to Bennett’s statement. “The real figure is 4.5 seats from the internal polls.”

A few days ago, it was reported in “Israel Today” that according to a screen received by our correspondent, Prime Minister Benjamin Netanyahu plans to act to “drink” the votes of right-wing voters in the last days of the election, by transferring some of them to Bezalel Smutrich.

The sources rely, among other things, on the surplus agreement between the Likud and religious Zionism, whose clauses explicitly state that Smutrich undertakes to recommend Netanyahu as prime minister and also to be loyal to him throughout his term.

It was also revealed that as of Saturday, a coordinated Gevald campaign has begun, in which members of Religious Zionism and the Likud will send messages that there is a danger that Religious Zionism will not pass the blocking percentage. To save the right-wing bloc and allow this combination it is necessary to vote Smutrich.

It was estimated that this would move about a seat and a quarter to the right to Smutrich, which would place him at about 6.5 seats. In the second stage, there is an understanding between Chabad members and some ultra-Orthodox courts to order their people to vote for religious Zionism, thus reaching 7.25 seats. The sources also note the armor of Smutrich’s associate, Ofir Sofer, in 28th place in the Likud, “Religious Zionism will receive another seat as a gift from the Likud.”