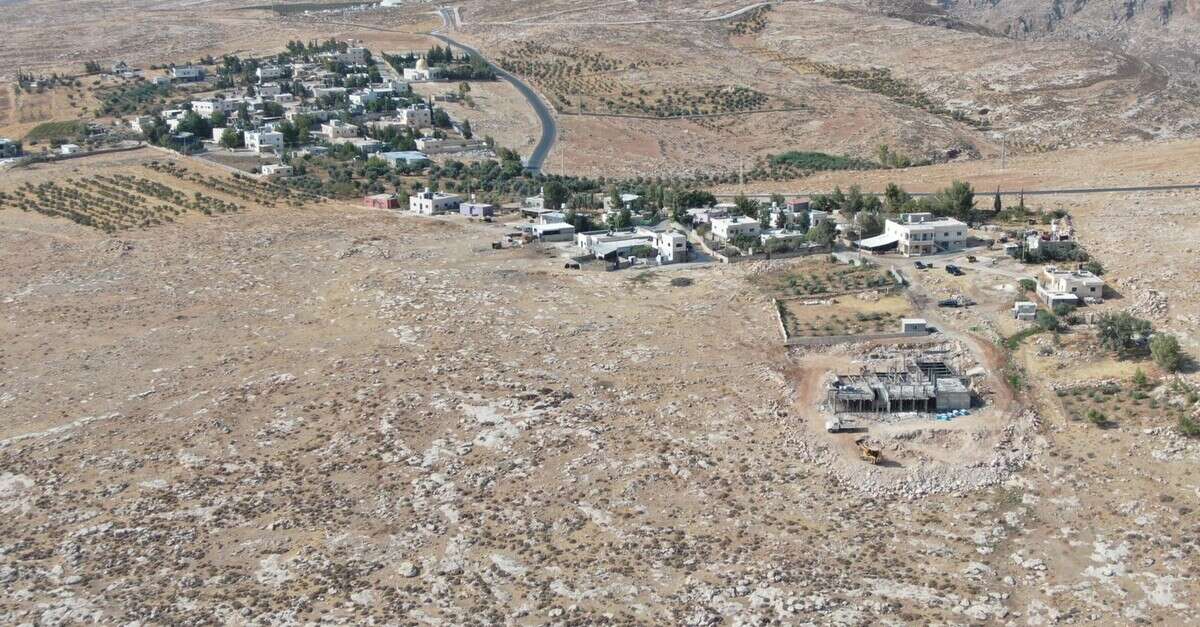 Prime Minister Benjamin Netanyahu announced this morning (Monday) the approval of construction plans for 800 new homes in settlement in Judea and Samaria. However, “Israel Today” has learned that at the same time, the Civil Administration will whitewash hundreds of illegal Palestinian buildings in these areas next week.

The Civil Administration’s Planning and Licensing Subcommittee is expected to discuss next Sunday the promotion of the training of illegal construction plans led by the Palestinian Authority as part of the “Campaign on Area C.” These plans include illegal construction within nature reserves on which Israel has declared state lands designated for Israeli localities. The committee will also prepare a series of illegal schools, which the Palestinian Authority defines as “schools in the fight against settlements.”

The Regavim movement, which is leading the fight against Palestinian illegal construction, has petitioned over the past two years against some of the same cases that are expected to come up for the upcoming discussion in the Civil Administration. The Civil Administration responded to petitions in the courts, claiming that it enforces the law instead “in accordance with priorities” and that enforcement will be carried out only after a discussion of plans submitted by the Palestinian Authority.

We are pleased to announce today that 800 new apartments have been built in Judea and Samaria, including the landscapes of Nehemiah and Batal Menashe, the settlement of the late Esther Horgan. We are here to stay. We continue to build the Land of Israel!

It is now clear that the director intends to lead to retroactive training in construction – which will allow the Palestinian Authority to mark success on the illegal move it has initiated to seize the land.

Among other things, it is the construction of an illegal school within the Nahal Makoch Nature Reserve in eastern Binyamin, the laundering of an illegal village “Daher al-Malek” in northern Samaria, which took over state lands in Shaked, thus preventing its expansion approved many years ago Extensive illegal in the village of Walja on the Tunnels Road, money laundering in the village of Kisan in eastern Gush Etzion, and more.

“Netanyahu publishes headlines about expanding Jewish settlement by 800 housing units, and on the other hand approves illegal construction plans by the Palestinian Authority on hundreds of dunams,” said Meir Deutsch, director general of the Regavim movement. “The strategic significance here is clear and appalling: Jewish settlement must converge. “Small and fenced squares, while the Palestinian Authority is spreading on the surface, and also receiving approval for it.”

The Young Settlement Forum responded: “The prime minister continues to spit in the settlers’ faces. Rubbing his eyes and not believing – the ‘right-wing leader’ has apparently lost it. After trying to launder Bedouin construction in the Negev as part of a deal with Mansour Abbas, Netanyahu currently prefers to be a partner PA and whitewashing criminal Palestinian construction in Area C.

“All this while he continues to abandon without living conditions and without minimal security the tens of thousands of residents in the young localities whose settlement he has been delaying for months. Unfortunately, the defense minister who looked us in the eye and said he would work to provide us with the living conditions we are entitled to. “Regulating thousands of housing units for the Palestinians without blinking an eye, the regulation of the young settlement is a gift under a variety of conditions.”

Yesha Council response: “The Minister of Defense and the Prime Minister want to legitimize Palestinian illegal takeover of Area C in violation of the political agreements, and remove from the agenda a series of Israeli settlements that have been coordinated on state lands. “It turns out that the Civil Administration has manpower and budgets to approve Palestinian takeover of Area C, but the budget runs out when national Zionist policy needs to be promoted by regulating young settlements.”

“This is severe and sometimes life-threatening discrimination, by normative citizens who are equal in debt to the state but not equal in rights. The prime minister and defense minister. This is a test time. Stop the discrimination and harm to settlers, confirm the decision on the table to regulate young settlement.”