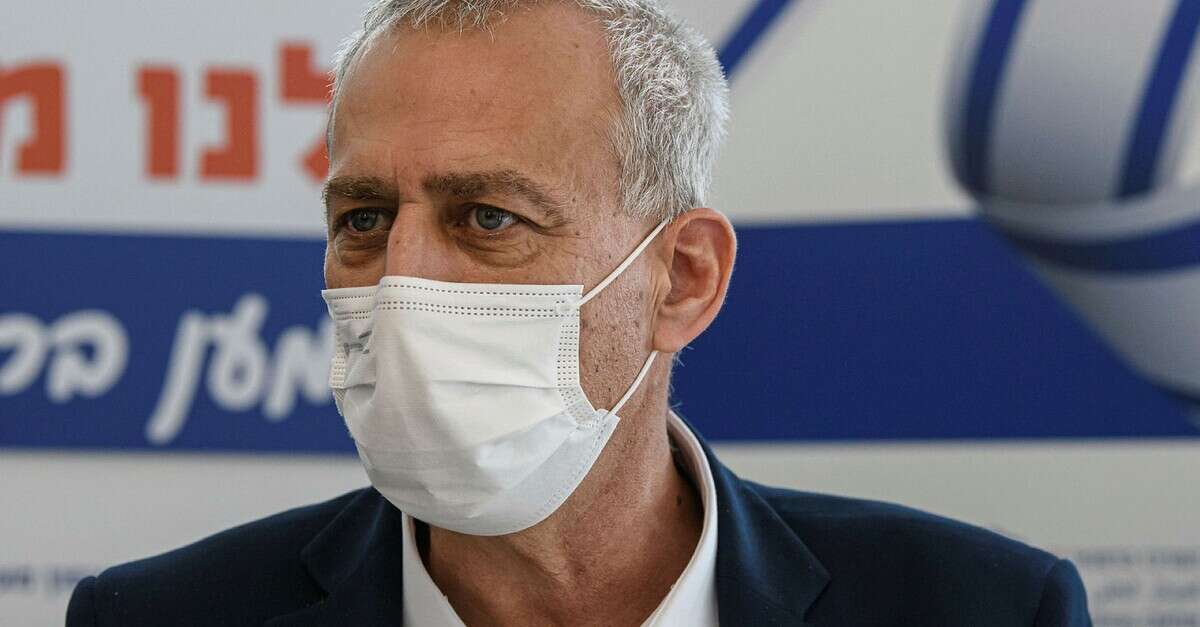 An alarming increase before Purim: An AMN report published this morning (Tuesday) shows that there has been a further increase in the infection coefficient of 0.86, and marks a worrying trend according to which 854 patients are in critical condition. Yesterday 4,677 new verified were diagnosed and 68,730 tests were done, the positive percentage stands at seven.

In recent days, there has been a change in the trend in light of a slowdown in the decline in morbidity, and even an apparent increase. This is after a two-week decline in the spread of the plague. In the coming weeks there may be a re-increase in morbidity.

The corona projector, Prof. Nachman Ash, warns today that if there is an increase in morbidity on Purim, following the festivities, he may be forced to go back, including closing education, despite the spirit of various factors and experts.
Ash offers a night curfew on Purim, and in an interview with 103FM said: “You always ask about education or trade, and I ask now, Purim party or education. If there is an increase in morbidity on Purim we will have to close things – is it really justified to close education for Purim party? “I hope we do not prevent Israelis from voting and a solution is found. We must do it safely.”

He added: “In our estimation, about dozens of tests every day are from the South African mutation,” he said, referring to survey tests that found that a percentage of all verified people carry the mutation. “It is contagious like the British, we do not know if it causes more severe disease and its uniqueness is the relative immunity from the vaccine,” he said.

“If we stop 90 percent of the phenomenon – a significant achievement”

Health Minister Yuli Edelstein also expressed concern about the upcoming holiday, saying: At the moment, the good news is that more than 70 percent of Israeli citizens over the age of 16 have been vaccinated – 4,456,000, of which 3,076,000 also received the second vaccine. Yet I am less encouraged by the bad news that it is mass sticking celebrations planned for us. We will therefore work to make a night curfew and a significant reduction in public transportation during the days of Purim. The instructions were written in blood – keep them! “

Deputy Health Minister Yoav Kish said in “Here 11”: “Today there will be a cabinet meeting at which a decision will be made whether to impose a night curfew. The goal is to reduce the apparent trend of many participating Purim parties. Even if we stop 90-80 percent of the phenomenon it will be a significant achievement. “

Regarding the abolition of insulation in hotels, he said: “There is no perfect solution. As long as Israelis think they can go out and return home immediately and everything is fine – even if you give them a luxury hotel there will be disappointment and frustration. There are more and more technological capabilities.

“We are trying to promote a solution that everyone will come to the motel, after they get a negative result from a check at Ben Gurion Airport they will be able to be released for home isolation with a digital bracelet. This thing requires legislation “

On the education system, the deputy minister said: “The problem now is that we are afraid of harming the British breed in the young population. I do not know how to deny it or say it happens – it has been tested. Education is a top priority but when I see that the mutation actually harms young people, I take Caution.

“When we talk in a month or two, this move will be settled. The chairman of the Constitution Committee decided that there was too much pressure from people, did not stand up to the onslaught, and canceled the hotels – I think he made a mistake here.”

Asked why no legislation has been enacted to date, Kish replied: “Our legal counsel in the ministry said there is no need for legislation, that regulations can go ahead with it. When we came to implement it we were blocked by the ombudsman.”

“The holiday may take us weeks back”

Magen Israel Chief of Staff Tomer Lotan told the High Court of Justice: “Today we are at a coefficient of adhesion of 0.86, after two days of immigration. An alarming increase is seen mainly in Arab society, probably against the background of the spread of the British mutation that was not present there before.

“Every offer has holes, events and parties may be brought forward. But from our familiarity with the behavior pattern on Purim night we understand that these are the critical hours” “We recommend going to Purim restrictions, a night stop or something close to it. Purim is a dangerous event that can take us back a few weeks.” .

The director general of the Ministry of Health, Prof. Hezi Levy, also expressed concern, saying in the High Court of Justice: “We are beginning to recognize that the decline we have seen has slowed down a bit in the last two days. We are facing a holiday in all sectors. Parties. “

Meanwhile, government ministers are expected to discuss tonight the Ministry of Health’s demand to impose a sweeping night curfew on Thursday through Sunday when Purim events across sectors and populations are planned.