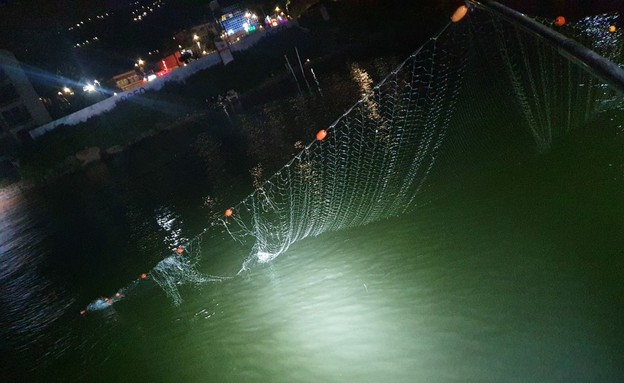 This morning (Friday), the Israel Police’s daily police officers published a particularly dramatic documentation of the rescue of a young man who drowned in the Sea of ​​Galilee after he became entangled in water and got stuck in a fishing net. In the documentation of the delivery of the police, the stressful moments of the young man’s rescue are heard, at the end of which the police officer says: “He is partially conscious, urgent to order an ambulance (intensive care unit).”

The incident occurred in the evening four days ago when naval police officers were rushed to a drowning incident. The crew, who arrived at the scene within minutes, spotted the young man caught in a fishing net and having difficulty getting out of the water in a state of exhaustion.

The boat commander recognized the young man’s distress, quickly jumped into the water and rescued him while cutting the fishing net with which the young man became entangled. In the moments of drama recorded from a camera on the boat, one of the policemen was heard shouting at the commander of the ship, who jumped into the water: “Catch! Take it! Take it!”. Four minutes later, the ship’s commander was heard saying: “The guy was already drowning, we put him up, he is currently partially conscious, urgently needed.”