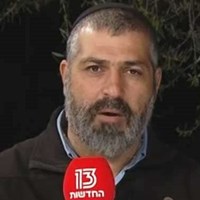 Zvi Yehezkeli, the commentator on Arab world affairs in News 13, refers to the attack on the Iranian arms shipment attributed to Israel, according to foreign sources: “Israel sends a message to Baidan that Iran should be attacked”

Reports that made headlines over the weekend in foreign media revealed that the Israeli Air Force had attacked an Iranian arms shipment on the border between Syria and Iraq. It was also reported that the attack attributed to Israel was carried out in an unusual manner in daylight, and not in the late hours of the night. News 13 commentator on Arab affairs, Zvi Yehezkeli, spoke with Nissim Mash’al on 103FM and provided more details about the reports.

“An attack in broad daylight is definitely a message. Come and say we will not hesitate to do these things. On the face of it, you see that Iran is increasing the shipments and on the other hand Israel is increasing the attacks,” said Yehezkeli, who said that incoming US President Joe Biden Israeli Government Benjamin Netanyahu.

“The region is in a state of anxiety and when there is this phone call I do not know how successful it will be. It is a conflict of interest. The United States has an interest in talking to Iran, and Israel has an interest in showing the world that Iran continues to spread terror regardless of the nuclear deal. This is the part of the nuclear agreement – separate it from the spread of terrorism and the occupation of the territories. “

On Assad’s decisions to pass two significant laws in Syria, Yehezkeli said that this is what will determine the status of future Syria. “One law is a compulsory service law that says that anyone who did not serve in Assad’s army is not allowed to return to his assets after the war. Which means Assad takes all the assets of the Sunnis who fought against him and gives them to Shiite militias. “A Palestinian refugee camp for the second time. Slaughter them and take revenge on them for supporting ISIS. This cannot be heard in the news, but Assad has been killing hundreds of Palestinians in recent months and now Syria is heading in the direction it is becoming Iran.”

Researchers have found out how SARS-CoV-2 changes