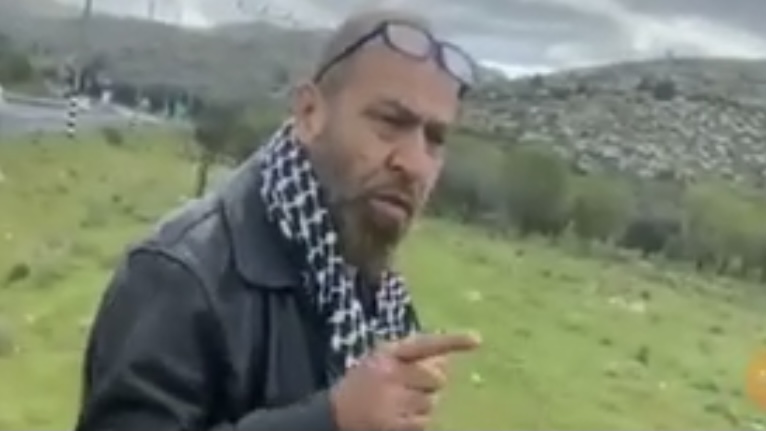 First Post A new orchard of fruit trees, which was recently established near the settlement of Ma’ale Levona in Binyamin, was damaged this morning (Friday) by Arab rioters.

Among the rioters who came to the area with open faces, was also the head of the nearby village council, Luban a-Sharqiya, who took an active part in vandalizing the orchard fence, while documenting himself calling for condemnation of the settlers. Among other things, the head of the village council called in a video he shot at the place, “Shabab” in the village, to join the struggle against the settlers and come to expel them.

The incident took place in daylight and near Highway 60 – a major axis in Benjamin, where there is a lot of traffic of security forces. All this did not prevent the rioters from entering the area openly and documenting their actions, due to the fact that the IDF hardly takes criminal action against the Arab rioters, who repeatedly destroy Jewish-owned agricultural crops in the area.

It should be noted that this is not the first time that Arab rioters have destroyed agricultural crops in the area, but about a month ago Arabs uprooted an olive grove planted near the gate of the settlement of Ma’ale Lavona. In the above case, the rioters did not content themselves with destroying the plantation, but tried to attack the next day, Jewish farmers who had come to repair the damage.