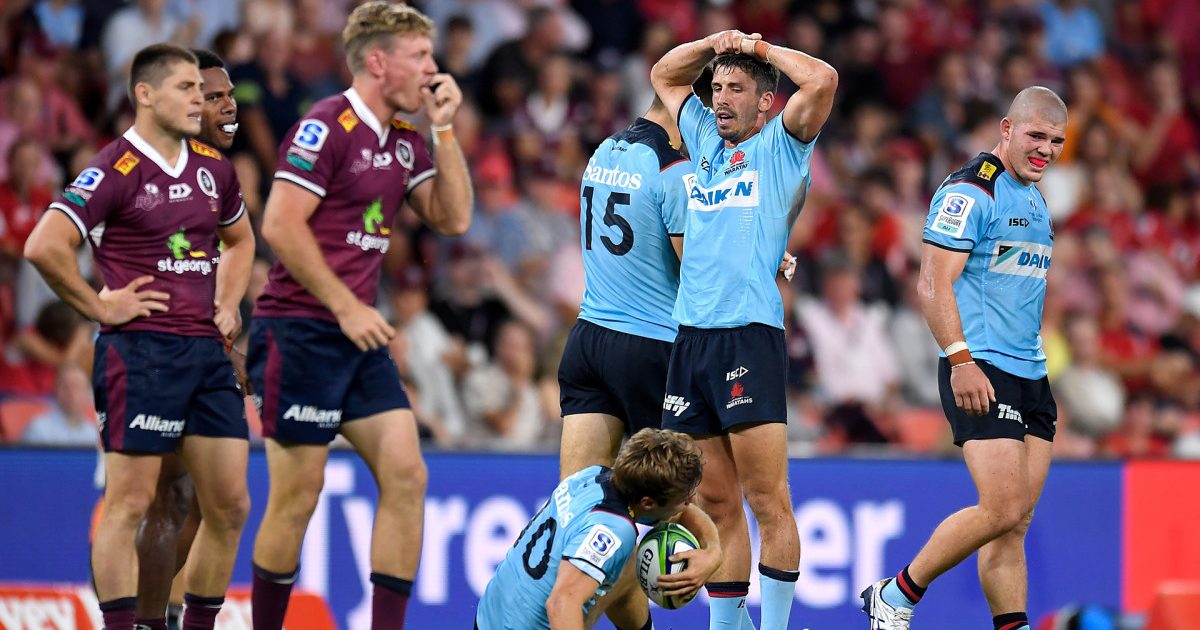 The Waratahs are pushing for life without top pair Jake Gordon and Joey Walton as coach Rob Penney called for fewer “toilet seat times” in Saturday’s Super Rugby AU affair with the Brumbies .

Gordon, in his first game as captain, stopped after three minutes but was all down there in a 41-7 loss opening for the Queensland Reds in Brisbane.

Gordon was the better player by his side but added more headers to Penney when he retired with an ankle injury in the second half.

No.12 Walton was also injured while No.13 Izaia Perese received a red card for a dangerous tackle and will miss three games of a regular eight-game season.

Penney will name a new captain Tuesday for a side that already misses more than 1500 games of Super Rugby experience from departure in the last two seasons.

“They’ll be out for a while, I don’t know the level but they certainly won’t be available next week or so,” Penney said of Walton and Gordon.

The Waratahs conceded three tries in nine minutes after Gordon scraped, then held the Reds scoreless for 20 minutes while one was down before the visitors crossed twice in the final nine minutes to establish their greatest Super Rugby influence over their state competitors.

“There were huge levels of multiplication,” Penney said of the Waratahs ’performance.

“We tend to have toilet seat times – up and down – that’s no excuse, but we need to get better.”