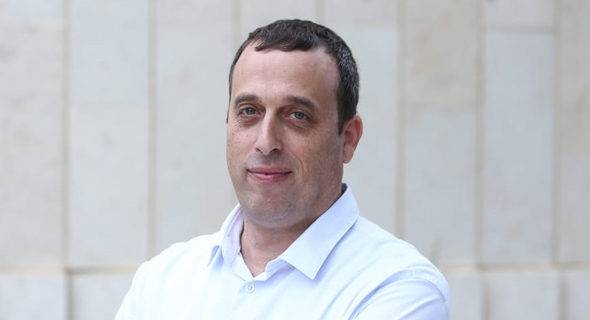 On the way to the Tel Aviv Stock Exchange: Preliminary and intriguing data from the local fintech company (online financial services) Tria, show that in the corona year it managed to maintain profitability and record revenues of NIS 45.8 million, despite the company freezing activity for about five months due to a wave of Requests for redemptions by customers.

The scope of Trea’s operations, under the management of CEO Shahaf Erlich, at least in terms of revenues currently revealed for the first time through a report to the stock exchange, was 8.5 times greater than its competitor Blender issued at the end of January. Into Luzon real estate has not yet been revealed.

Eyal Elhayani, one of the owners of Tria Photo: Uriel Cohen

Tria merges its operations in Israel only, and it plans to complete the merger in the coming weeks into the stock market skeleton of Luzon Real Estate. The full data of the merger have not yet been published, but today (Monday) investors get a first taste in the form of a presentation reported by Luzon Real Estate .

2020, although it was a year in which a large part of it dramatically reduced Trea’s activity, as many customers sought to redeem their deposits, was a year that ended without Tria reducing its credit portfolio. Revenue decreased by 17% compared to 2019. Tria notes that she kept on EBITDA Positive for 4 years in a row, but the figures have not yet been revealed, and are expected to be published later.

Trea has a portfolio of which 85% is backed by real estate collateral in a first mortgage. According to its data, it constitutes about 75% of the credit market in the form of P2P in Israel. This is a technological mechanism that Trea provides its clients that mediates between lenders. Trea has over 30 Thousand users and the annual return on deposits averaged 5.5% per annum.In the corona year it gave a return of 5.2% to investor deposits.

The data revealed by Trea shows how the corona eroded Trea’s credit portfolio on the one hand, but also the resilience of the social lending model, as overall the company was able to stop the erosion trend. So while in June 2020 the company signed with a credit portfolio of NIS 2.39 billion, which was an all-time record, in the following months it eroded slightly and its volume at the end of 2020 was NIS 2.29 billion.

The company signed 2019 with a portfolio of NIS 2.17 billion, meaning that by the end of 2020 the portfolio will have increased by NIS 112 million.

The correct data for the end of the third quarter of 2020 published by Trea shows that 0.96% of its loan portfolio was in arrears. This is a figure that means the rate of credit that is more than 90 days in arrears in relation to the balance of credit after writing off debts that have not been collected in a year.

For large banks, the rate in question was higher. The data show that Leumi, Poalim, Mizrahi and Discount presented loan arrears figures of 1.53%, 1.15%, 1.21% and 2.03%, respectively. In fact, even the smaller banks in the system presented higher backlog data than Trea in the third quarter summary last year.