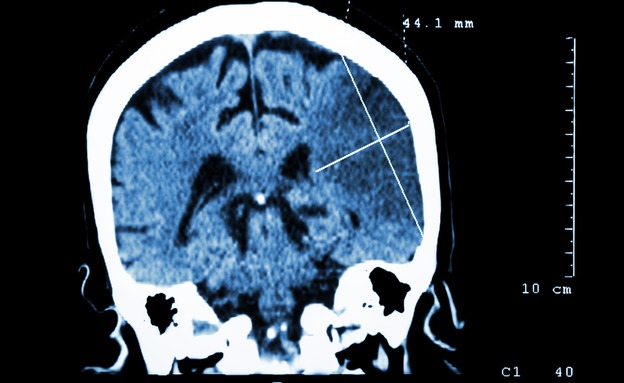 The worm C. elegans is one of the simplest multicellular organisms known to us. The length of an adult worm reaches a millimeter, and the amount of cells in its body is constant throughout its life and is well known. Despite its simplicity, the worm shares many genes with us and contains basic versions of systems that also exist in the human body – digestive, reproductive, muscular and even a primitive nervous system. Thanks to its simplicity we now know the role of each and every one of the cells in her body. Familiarity with all 302 cells of the nervous system, including the links between them, made it possible to develop software that simulates the activity of the worm’s nervous system.

One of the most studied brain circuits in the worm is the olfactory mechanism. It is naturally attracted to the smell of food and tends to stay away from smells linked to factors that may harm it. The role of each nerve cell in this circuit is well known, and due to the simplicity of the system it is enough to omit a single nerve cell to change the way the worm smells its world.

Researchers from the Hebrew University, in collaboration with researchers from the Fred Hutchinson Center for Cancer Research in Seattle, used this feature to test the ability of the nervous system to recover from trauma. In an article published in the journal Cell Systems they examined whether it is possible to bridge the gap created in a neural pathway following the death of a particular cell.

The researchers damaged one of the nerve cells responsible for transmitting olfactory signals in the worm’s nervous system. From that moment on the worms stopped responding to odor signals. The researchers then created a “nerve bridge” between the two nerve cells that the injured cell had previously linked. To do this they were assisted by a particularly precise genetic editing, which included a local activation of a gene responsible for the production of a protein that binds cells together. Activation of the gene led to the formation of a new nerve junction (synapse) between two cells that had no previously linked link. The node created an entirely new neural pathway, which does not exist naturally in the worms, and this pathway allowed the worms to respond to odors as they did before the injury.

The way to repair damage to the nervous system?

The source of many brain injuries is the death of nerve cells at critical junctions in the brain. The regenerative capacity of nerve cells is very limited, so when one of them is damaged there will usually be nothing to replace it. Despite this, it is evident that the brain is able to recover from certain injuries. The researchers hypothesize that this resilience is based on the formation of new nodes between existing nerve cells and the use of new circuits that overcome the damage or completely bypass the damaged site.

According to the researchers, the ability they discovered to create such “bypass routes” artificially may one day be used not only to repair damage to the nervous system, but also to introduce improvements in it through brain-computer interfaces (brain-machine interfaces). Such connections could skip defects in existing pathways, or create new brain links.

The road to implementation of the findings in humans is expected to be particularly long. The researchers themselves note that they examined only one aspect of the worm’s ability to smell – its very existence, without examining whether it also has implications for memory or behaviors related to this sense. Beyond that, the worm’s nervous system differs in several significant ways from the human nervous system – the way signals travel in nerve cells is different, and the human brain is immeasurably complex compared to the worm’s simple neural circuits. Still, it is precisely this simplicity that will surely allow us to learn much more from the nervous system of the tiny worm.