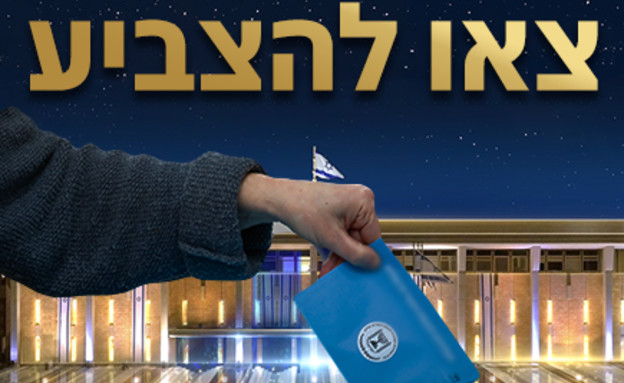 The fourth election in the last two years will culminate tomorrow (Tuesday) morning, with the start of voting. 6,578,084 Those with the right to vote, of whom 78% are Jews and 17% Arabs, will be able to exercise their democratic right and vote for one of the 37 lists running for the 24th Knesset.

12,127 The polls will open at 07:00 and close at exactly 22:00. In small localities, prisons and hospitals, they will open at 08:00 and close at 20:00. 1,200 polling stations will be set up in nursing homes, sheltered housing complexes, senior housing and other housing complexes. This time there are 1,100 more ballots than last year, which means that about one in ten Israelis will not vote in his or her regular ballot.

As a reinforcement for the polls, this year the citizens of Israel will also be able to vote in the “Boss Polls” – 50 buses of the “Egged” company that were converted to polling stations. Each of them will have three members of the ballot committee, a place for an observer and a place for the Supervisor of Election Purity. The buses will overcome particularly busy polling stations, and will assist in cases of congestion at the “point and go” complexes.

You must arrive at the ballot box with an ID card: ID card, passport, valid driver’s license or a Knesset member card. Once they have identified and registered you, go behind the curtain to choose the party you would like to vote for – and put its note in an envelope that you will receive from committee members. The envelope must be closed, it can also be sealed – then chained to the ballot box.

Unlike the previous elections, which had 200-300 thousand double envelopes, this year the number will be much higher and will stand at close to 600,000. The reason: the isolated, the sick, the voters on buses and in nursing homes will vote in double envelopes. This means that the process of counting votes will take longer, and it may be that on Wednesday morning we will not wake up to certain truthful results as we are used to.

As for those with the right to vote in Israeli elections around the world: about 4,000 people They have already voted in missions around the world – including diplomatic staff representatives, Jewish Agency emissaries, the JNF, the Keren Hayesod and various other representatives on behalf of the state. In the second round and 76% in the first round.