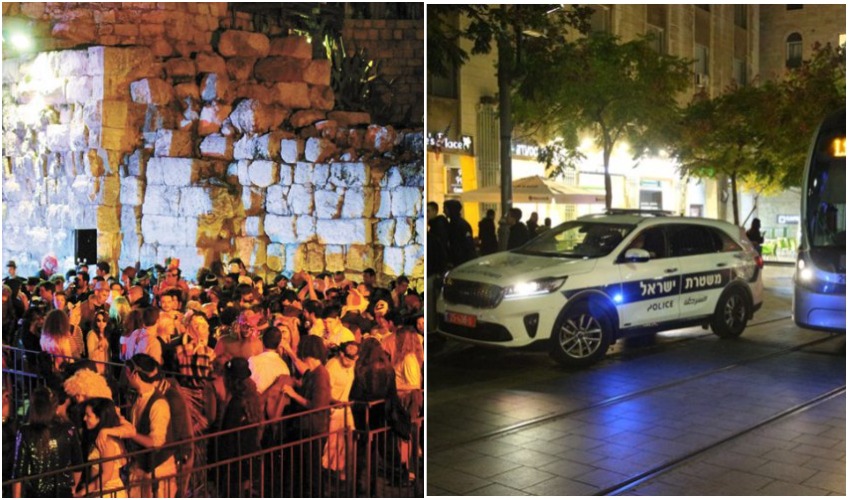 The police are preparing for the enforcement of the night curfew during Purim; The fear is that with the end of the restrictions in Jerusalem on Sunday morning, Shushan Purim will become an outbreak, during which mass celebrations will take place into the night.

The government decided yesterday that a night curfew will be imposed from the evening at 20:00 until 5:00 in the morning, so during all days of Purim until Sunday, 28.2.

The police are preparing to enforce the night curfew, especially in Jerusalem, where ultra-Orthodox Tishim are held every night during Purim and Purim parties in the secular sector.

Mobility will be placed near the places where the parties usually take place – industrial areas, parks and various nature sites, halls and private homes. The police forces will not be reinforced during the next few days, the intention of the police is as stated to place forces, which according to estimates are supposed to exist for underground reasons contrary to the Corona guidelines.

The police will be assisted, among other things, by information about underground parties, which will come through social networks. Police estimate that there will be dozens of such parties in hangars, garages and private homes.

The government also clarifies that the police force has the option of preventing a person from leaving his home after 20:30, but it is not possible to prevent him from returning to his home after this time.

One of the loopholes of the night curfew is the holding of mass family celebrations that are brought forward to daytime, and so is the case with pirate parties, since on Purim, every year, parties and celebrations are held throughout the day, and not just at night, in all sectors.

In addition, in Jerusalem the Purim holiday also continues on Sunday, Shushan Purim, so if the curfew ends on Sunday at 5:00 in the morning, the fear is that many will hold tishim and celebrations on Sunday evening. The government has not yet provided a solution to this issue.