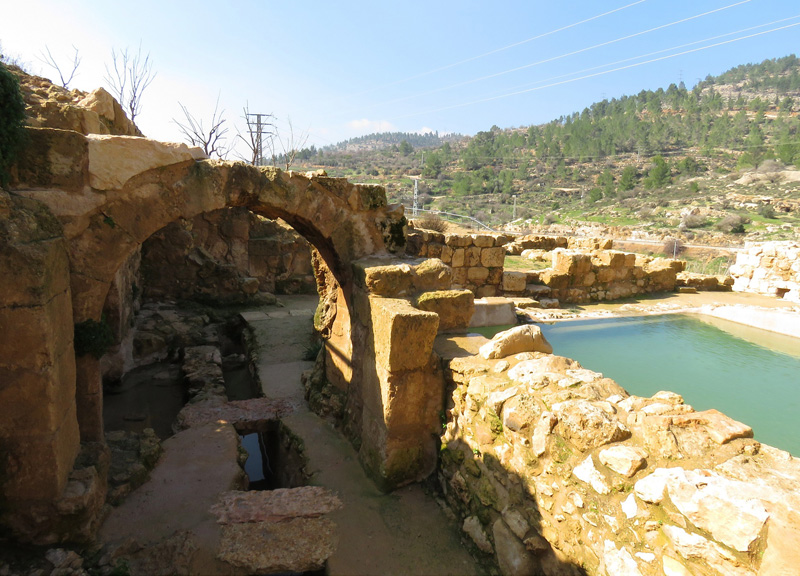 Tel Dor National Park, Ein Haniya, Khan Sha’ar HaGai and Migdal Tzedek National Park – will open to the general public for the first time starting on Election Day. Welcome to enjoy many innovations launched in the past year at existing sites, and a variety of special activities in national parks and nature reserves around the country. On election day, nature is also chosen

»Want to get more updates Join us on Facebook

The sites will open after extensive development work that has been spread over several years, as part of which infrastructure has been developed for the well-being of travelers, hiking trails and fascinating and unique visitor centers on each site.

In addition, the Nature and Parks Authority offers for election day a variety of fascinating activities and activities launched this year and suitable for the whole family and the Corona guidelines, in dozens of national parks and nature reserves throughout the country.

For the benefit of travelers who wish to take advantage of the Sabbath day for outdoor accommodation as part of the trip, the Nature and Parks Authority will open for registration and reservation a variety of overnight parking lots on the eve of Election Day (Monday, March 22). Among the parking lots that will open: Chai Bar Yotvata, Khan Beerot, Tel Arad, Mamshit, Masada West, Besor (Eshkol Park), Achziv, Horshet Tal, Mishmar HaCarmel Farm and Gan Hashlosha, Nahal Amud and Yehiam Fortress.

Due to the corona restrictions and the purple mark guidelines, entry to the sites will only be allowed by pre-registration through the Nature and Parks Authority website.

The new sites that will officially open on Election Day:

Tel Dor National Park – A unique site on the beach with a breathtaking view with nature and heritage, sea and land, rich past and present. Located near the Hof Habonim Nature Reserve on a kurkar ridge in the south of Hof Hacarmel and west of sandy bays. On a trip to Tel Dor, the old port city, you can get to know a variety of interesting topics: the sea, the person who chooses to live nearby, the importance of preserving the past and heritage and the task of preserving our marine and coastal environment.

On one foot past and one present, visitors are invited to tour along a beautiful rugged beach, climb the kurkar ridge, discover the fascinating history of the port city of Dor, where more than 20 sunken ships were found, and get to know the richness of the marine reserve today. The site also contains the remains of foundations of large temples built in the second century AD – each temple rose to a height of about 30 meters. In addition, you can watch the remains of a theater from the Roman period with a diameter of about 60 meters.

Eye parking Ein Haniya in Nahal Refaim in the Judean Mountains National Park, is a lovely corner that combines a spring and an ancient pool full of water, an archeological site and a cultural landscape of traditional agriculture. Restored aqueducts carry the water to an ancient irrigation pond, which is used for bathing.

The site was opened after conservation and development work by the Nature and Parks Authority, the Jerusalem Development Authority and the Antiquities Authority. This is with archeological excavations conducted by the Israel Antiquities Authority in which one of the most impressive water systems in Israel, two water pools from the Byzantine period and a nymph (water fountain) from the Roman period were uncovered. The water system feeds the pools in the place as in days gone by. Meanwhile, the old terraces were restored and orchard trees were planted in them.

The most prominent find discovered in Ein Haniya from the First Temple period is a fragment of a Greek-style pillar title – a symbol typical of the buildings and estates of the kings of the First Temple. After the destruction of the First Temple, settlement on the site was renewed, and the most prominent find from this period is a rare silver coin, one of the earliest finds discovered so far around Jerusalem – a drachma minted in Ashdod by the Greek government, between 420 and 390 BC.

Khan Sha’ar HaGai – The national site was developed and managed by the Nature and Parks Authority and perpetuates the legacy of the road scorers and caravan escorts to Jerusalem during the War of Independence. The new heritage center allows visitors to be exposed and get to know up close and in an experiential and powerful way the dilemmas they had to face from the caravan escorts and the values ​​that led them to continue with determination and devotion despite the inferno, for their besieged brothers in Jerusalem and the Jewish people in general.

The visit to the center continues along 5 main stations, including an opening presentation and video of warrior testimonies, an initial introduction to the difficulties of the convoys and drivers on the way to Jerusalem in three interactive positions: the communication position in which one learns about the media There were the goods sent to Jerusalem and what the convoy drivers were dealing with, and the position of the commander, in which the visitors are asked to make “under fire” decisions regarding the transport of the convoys.

In addition, there is an experiential station that simulates riding in an armored vehicle on the way to Jerusalem during the war, while listening to the exciting story of a medic and also a final performance where visitors can choose values ​​that motivate them versus the values ​​that drove the caravan escorts.

Migdal Tzedek National Park – Rosh HaAyin – A green lung is essential in the center of the country, with spaces of nature, landscape and heritage thousands of years old. At the top of the hill overlooking the “Afek Passage”, which was used by passers-by on the ancient sea road, is an ancient fortress where you can visit and be impressed by a spectacular view in every direction.

The national park was opened to visitors after extensive restoration, development and conservation work was carried out over several years, led by the Nature and Parks Authority, the Quarry Rehabilitation Fund and the Rosh HaAyin Municipality. As part of the works, a scenic and ecological restoration of the abandoned quarries, which previously operated on the site, and in their vicinity by the Quarry Rehabilitation Fund, a central landscape promenade inlaid with trees and seating areas was built and an entrance foyer was built to receive visitors.

In addition, hiking trails were prepared with a total length of about ten km, including pedestrian paths, bicycle paths and accessible paths, thousands of orchard trees and shrubs were planted and parking was arranged for the well-being of visitors. Plants, which characterize this natural habitat.