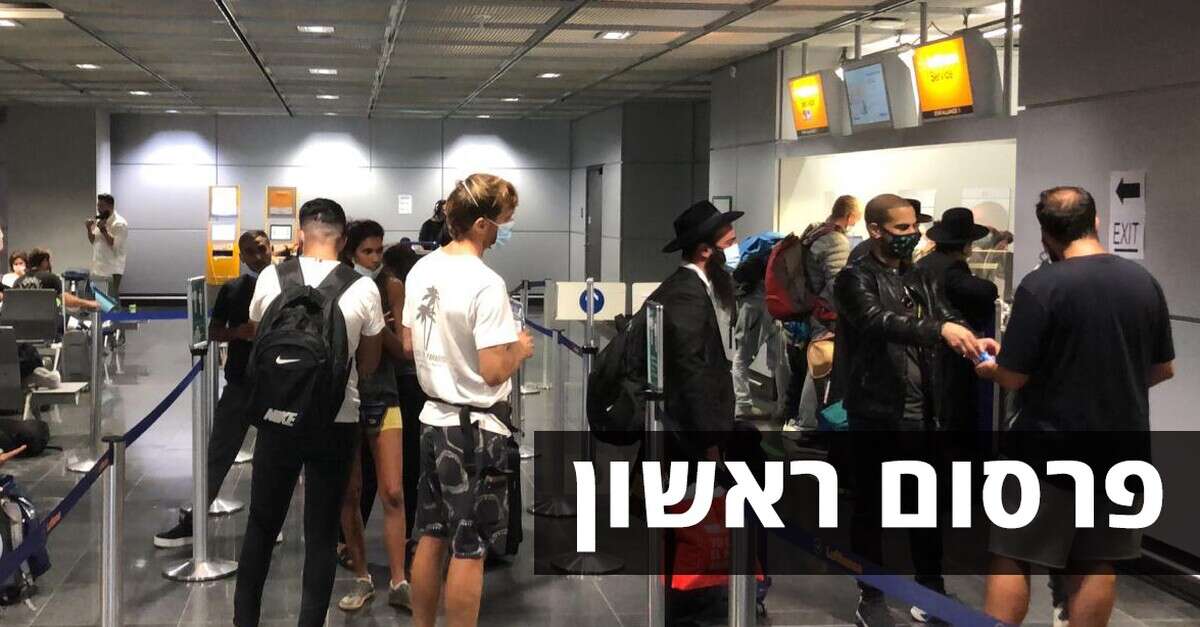 Dozens of Israelis who were scheduled to return to the country tonight (light for Wednesday) on a rescue flight from Frankfurt, Germany, were left stranded at the airport and the flight took off without them. According to the passengers, following pressure from the German airline Lufthansa to take off for Israel.

“We are here at the gate, no flight, no place to sleep, they said they would bring us some blankets for 60 people and we sleep on the floor. We can not enter Germany in a hotel because we do not have a European passport, and now we have to deal with that decision,” Bar Reuveni, an Israeli left stranded at a German airport.

“After we were told we would not be able to board the flight we tried to find a place on another rescue flight from here but all the flights are full, most of us found places only for next Tuesday, that means we have a whole week to sleep now on the airport floor. There are people here eating only kosher, me “After surgery, they brought ten policemen to guard us, there are people here who take flights back to Mexico, we do not know what to do,” Reuveni added.

Lufthansa is one of the four companies that operate rescue flights from Frankfurt to Tel Aviv. Passengers left on the ground in Germany emphasize that the flight was delayed and did not take off at the original time and this is probably why a situation has arisen where the flight had to take off.

A response has not yet been received from Lufthansa and the Ministry of Transportation, and their response will be published when it is received.